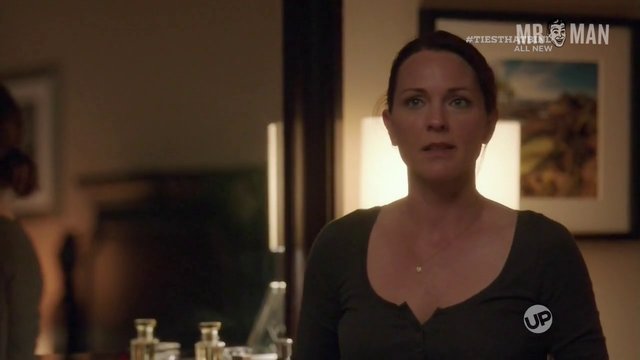 Ties That Bind (2015)
Sexy, straight, shirtless Ep. 01x03 | 00:35:48 You'll want to have Jonathan Scarfe wrapped around your neck after seeing his sexy shirtless body in this clip!
advertisement

Ties That Bind is a Canadian-American drama series on the UP network starring Kelli Williams as veteran police officer and mother Allison McLean. She juggles the line of duty with a a chaotic and growing home life alongside husband Matt (Jonathan Scarfe), and teenage children Jeff (Mitchell Kummen) and Rachel (Natasha Calis). When her brother Tim (Luke Perry) is arrested and sent to prison, the house grows even fuller with her niece and nephew, Cameron (Rys Matthew Bond) and Mariah (Matreya Scarrwener) joining them under one roof. We sure wouldn't mind shacking up with Jonathan Scarfe, who wraps himself around our hearts when he steps out of the shower in only a pair of slacks. This blonde dad is not rocking a 'dad bod' but rather a perfectly sculpted set of abs, pecs, and biceps and he gives us some terrific glimpses before heading downstairs and pulling his shirt over his head.