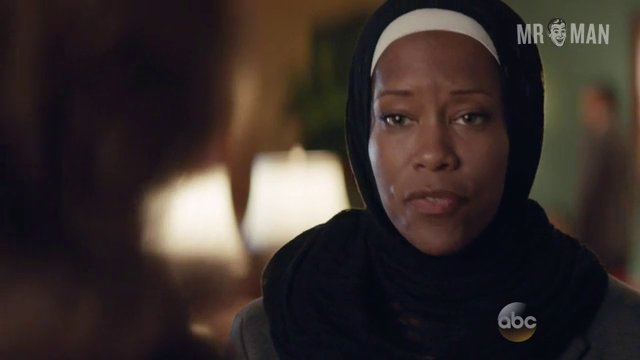 The violent murder of a war veteran ultimately creates an exploration of the complexity of social issues in the primetime drama American Crime. When a home invasion leads to the death of Mark Skokie (David Hoflin) and the terrible assault of his wife, Gwen, a larger story unfolds that captures and analyzes the reactions of the families drawn into the tragedy. Those involved get firsthand experience with the legal system and all its pitfalls and shortcomings, especially when it comes to the racial divide that painfully exists in the United States. It’s primetime television, so I hope you weren’t expecting any real nudity! Season one, episode three Elvis Nolasco, the show’s resident junkie, shows off a whole lotta nothing while going through a jailhouse strip drop. Well, at least the series has a plot.