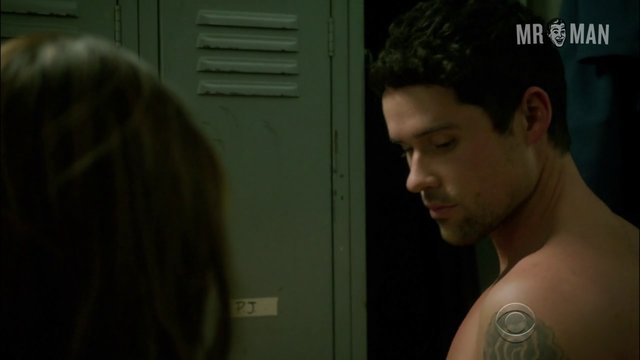 If you’ve been craving another emergency room drama, then you’re in luck! Following on the footsteps of ER, Grey’s Anatomy, Chicago Med, and other successful shows centering on day-to-day life at a hospital, CBS’s primetime Code Black introduces us to a hardworking, close-knit group of energetic doctors, nurses, and patients. Code Black just happens to take place at the busiest ER in the entire nation, located in Los Angeles. With a large influx of patients in critical condition, the overworked staff find themselves in what is known as a “code black.” Similar to its predecessors, Black is full of beautiful people, including some of the dreamiest dudes on primetime. You’ll need resuscitation after seeing the gorgeous Benjamin Hollingsworth hang out in the locker room with his shirt off! In season 1, episode 12, watch as Ben flaunts his amazing muscles and sexy head of hair while getting it on with a chick!