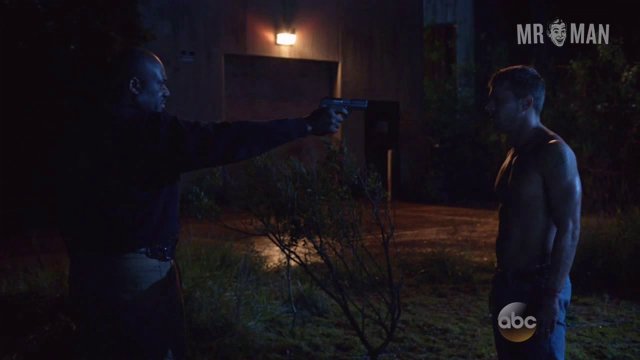 The ABC drama series Secrets and Lies follows Ben Crawford (Ryan Phillippe), a respectable family man who stumbles upon the murdered body of a five-year-old boy while jogging and quickly becomes detective Andrea Cornell’s (Juliette Lewis) number one suspect. With Cornell snooping around, she starts unearthing clues regarding Ben’s intimate relationship with the dead kid’s family, a discovery that obviously doesn’t sit well with his wife (KaDee Strickland). Caught in his own personal nightmare, Crawford must find the real killer to clear his name, maintain his reputation, and save his family. It’s primetime television, so don’t expect any nudity. But season one, episode six does give us a look at Ryan Phillippe minus his shirt. It’s no secret that Ryan is hot, hot, hot!