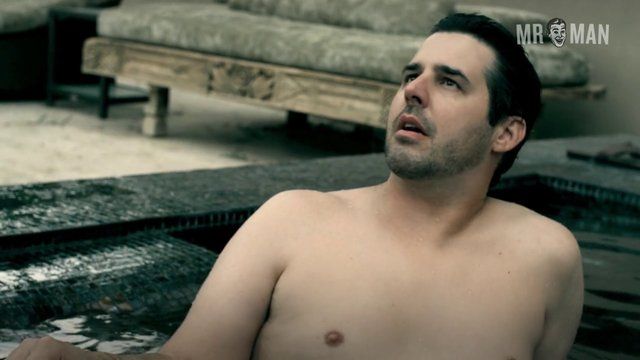 Assassins Tale (2013)
Sexy, shirtless, bathing suit 00:45:50 John M. Keating takes out his pole (no, not that one unfortunately) while hanging out in the pool.
advertisement

Note to anyone reading this: Never mess with a mob boss! If cinema history has taught us anything it’s that mafia men are bad news bears, but unfortunately poor Johnny (Gary Roux) didn’t get the memo. In Assassins Tale (2013) this small time criminal thinks he’s hit it big when he discovers that a mob boss has an illegitimate child. After using his info to cash in with a tabloid, Johnny learns that, well, it was a stupid thing to do! Thankfully there’s nothing stupid about the actors, and in Tale we get some skin from Michael Beach as he cuddles with a chick and some shirtless pool action from John M. Keating. Talk about getting some Tale!