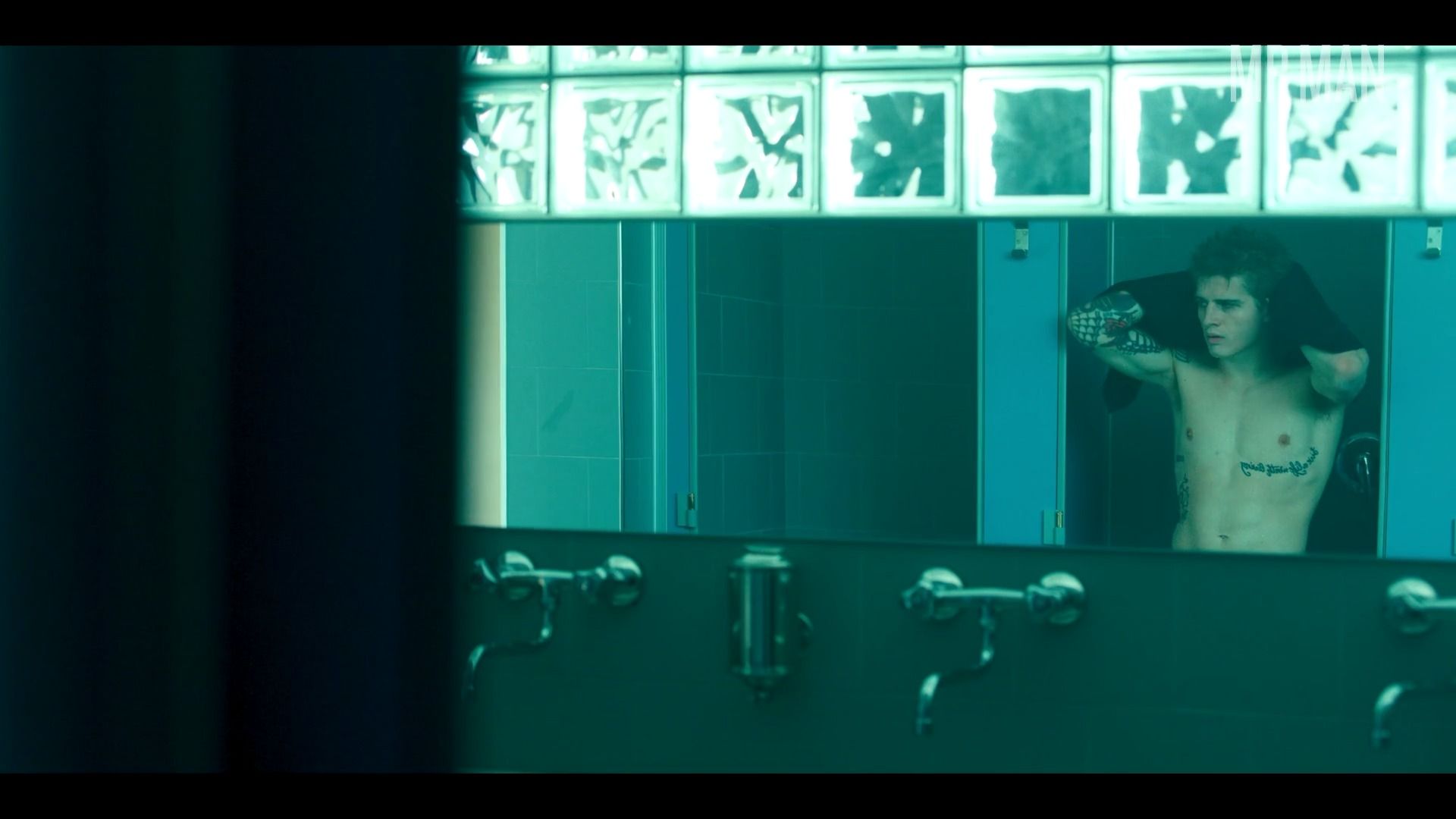 Easy, Brizzi, Beautiful cover boy out that is German born and Italian bred that is bound to stir something in your boxers when you see him hit the screen with his bad boy looks!  Giulio Brizzi comes our way from Germany originally, but was raised in Italy as his dad is Italian, so he's a swarthy mixture of Central European hunkiness with a Mediterranean swagger that all those dreamy Italian boys carry so easily.  Giulio is brand spanking new into the world of acting, having gotten his first credit on the Netflix fantasy, mystery, thriller Curon where he plays Giulio, the tattoo covered bad boy with piercing blue eyes and a jawline that would scare the ghouls that are haunting the teenagers more than they are scaring them!  Giulio has these plump kissable lips and with that bad boy persona he carries into this role, it only amplifies the sexiness, especially when we see him come out of the shower with a sopping wet body, wrapped only in a towel in the locker room, for our viewing pleasure.  Hopefully we get to see more of Giulio Brizzi in more projects coming up because he definitely got our attention with his breakout role on that Netflix series.  It turns out he's a pretty accomplished musician too, playing the piano and the guitar, so he's hitting a lot of checkboxes for future spank bank bad boy material for us, and if we get lucky, we might get a chance to see his Bratwurst or Italian sausage on screen sooner or later... We're not sure which nationality that sausage leans more towards but we'd be happy to taste test it to find out!