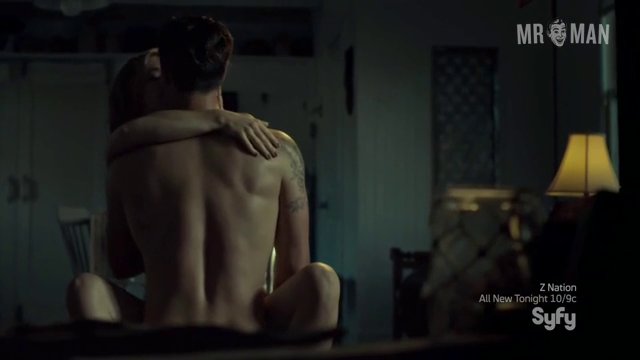 Loosely based on Stephen King’s novella “The Colorado Kid”, the supernatural series Haven deals with a series of strange events that occur in the titular Maine town. When FBI agent Audrey (Emily Rose) is sent to Haven on a routine murder case, she soon finds herself tangled in something called “The Troubles”, supernatural afflictions that have appeared in the town in the past. While getting caught in the investigation of the otherworldly appearances, the federal agent finds herself on a path that may lead her to her mother, a woman she’s never met. Along with her partner Nathan (Lucas Bryant), the two tackle the problems that accompany the supernatural force, and Audrey discovers that there’s an underline force that makes her question her own identity and memories. The spooky series is full of the strange, but the skin content is frustratingly low. On season five, episode eleven, Eric Balfour teases his bare upper body while thrusting and lusting with his gal pal. He’s supernaturally sexy!