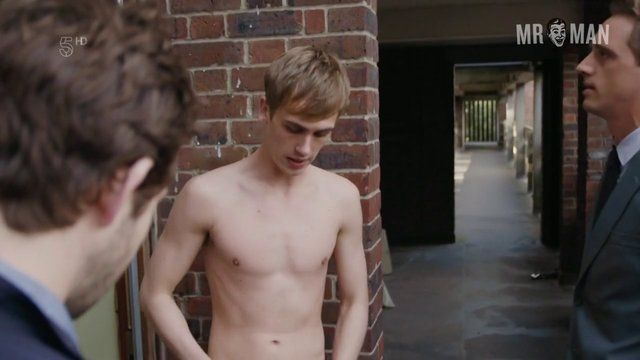 British babe Jackson Bews is an English actor best known for his work in Social Suicide (2015), Maleficent (2014), Suspects, and Black Mirror. Jackson made his acting debut in the short film Welcome to Leathermill (2011). Our erotic Englishman strips down for his role as Cesar in the English police drama Suspects. The series follows three detectives as they solve crimes in London, each with their own specific style of police work. Suspects is not scripted, with the actors being given a detailed story document and then improvising the lines in an effort to make the dialogue more natural. Jackson bares a beautiful booty in season 5, episode 3. Jackson angrily strips off all his clothes when the cops tell him they need them for DNA. We get a great look at Jackson’s lean, lusty chest and we even get a super fast flash of his perfect package between his legs. But of course, that amazing ass steals the show! We suspect we’ll be looking for more nudity from this Suspects star in the future!