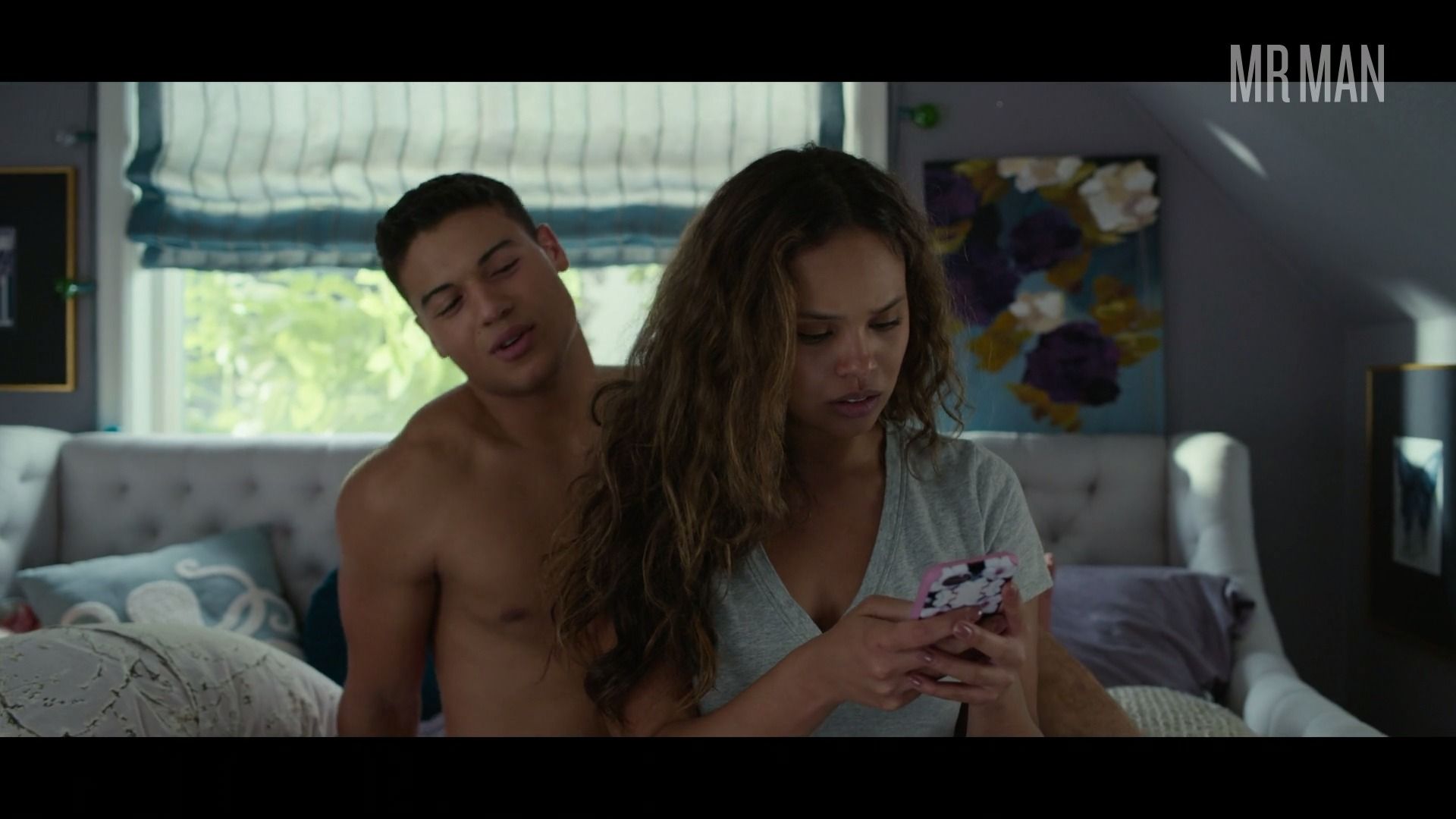 Jan Luis Castellanos will make you BLAST-ellanos in your pants once you see that million dollar smile on screen!  This dishy dollface out of the Dominican Republic originally has only recently burst onto the acting scene and has immediately begun to steal hearts.  When you get a look at his sharp chin, pearl white smile, and chiseled physique, it should come as zero surprise to you that this Hispanic hottie got his start in the world of modeling and cut his teeth in the world of international hotties by doing a few national campaigns for Adidas and Coppertone, because who wouldn't want to slather those muscles with a layer of pearl white... SUNSCREEN...  We were going to say sunscreen!  After saving up some money with his modeling career, he pulled up stakes and went west, like most young men with his ability and good looks do, and made a go of it in LA, quickly landing a part on the Hulu series Marvel's Runaways as Topher.  SO first acting gig, he lands in the Marvel Universe...  Not a bad start to an acting career, especially when he followed that up with a sexy strip down as a series regular on the wildly popular Netflix series 13 Reasons Why, where we get to see him down to some briefs with his lady in bed, and he's definitely got a bulge and a body worth admiring if you ask us!  Hopefully we get to see more of this Dominican Adonis in the near future because we are hooked and are looking to see more of his little bubble butt in and OUT of those tight briefs.