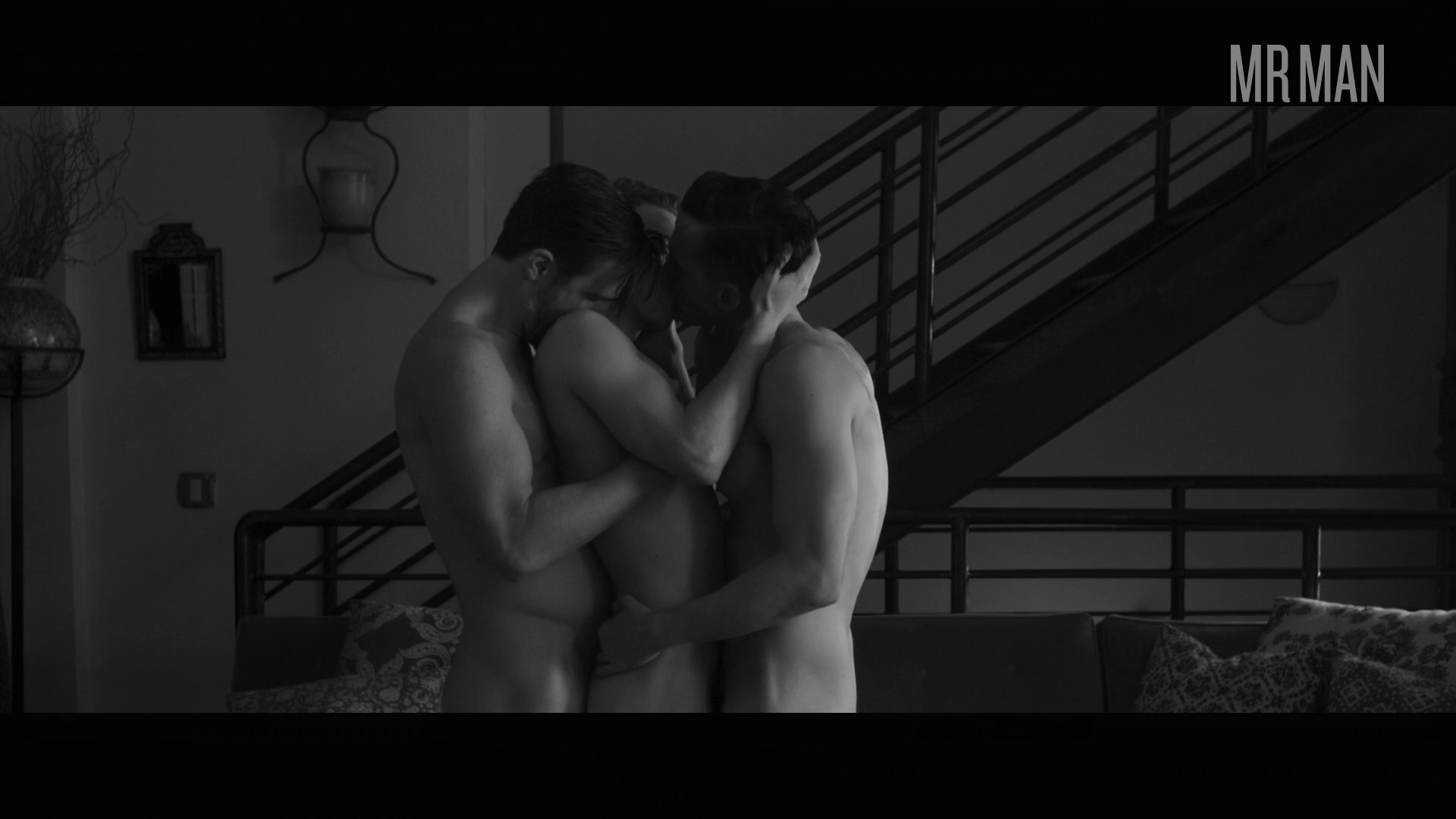 Kill the Monsters (2018) is a comedy where three men go on a road trip to save one of them from an illness and save the relationship all three of them have with one another. The hunks that star are Garrett McKechnie, Ryan Lonergan, and Jack Ball. We'd love to enter a throuple with them in this spicy black-and-white movie that shows the complexities of three gay men in a relationship with each other. They all get undressed for a threesome that shows a lot of closeups of their chests and buns. Only Garrett shows his cock and balls, however, which leaves us wanting more. Ryan plays the sick one who sadly gets sick during a sexy scene. That's okay because there's a lot more nudity from him to enjoy sans sickness. Instead, he gives us some thickness with that dumper of his!