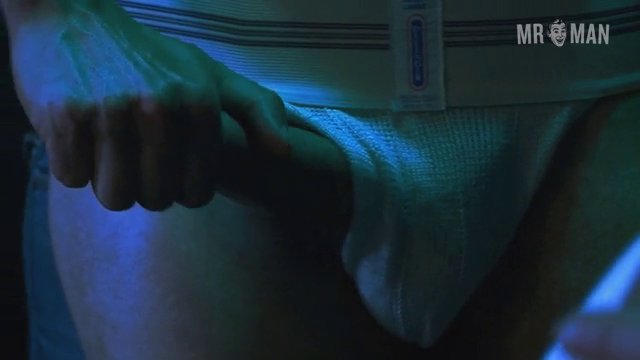 With Hollywood heavy hitter (and extremely handsome) James Franco behind the camera and co-directing the homo-erotic drama Interior. Leather Bar. (2013), you know it’s got to be good. The artsy flick reimagines and attempts to recreate the forty minutes of deleted sex-plicit footage from the psychological thriller Cruising (1980). If you remember, Al Pacino portrays a police detective that goes undercover into the gay S-and-M subculture to hunt down a serial killer. This film within a film co-stars Val Lauren as the Pacino-like character that takes the viewer in and out of various locations where gay guys hang out and fornicate. Lucky for us, Franco and company didn’t skimp on the skin. Your jaw will drop when you Brenden Gregory and Brad Roberge get fully erect and fully erotic in a loin-tingling sex scene. Also, Brenden gives us a cock-stroking look as A.J. Goodrich gets a BJ from a dude. Now this is Mr. Man’s kind of film!