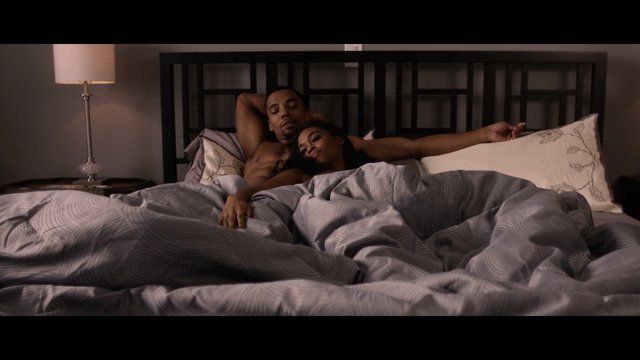 The Man in 3B (2015)
Nude, butt, straight, shirtless 00:32:35 Christian Keyes lies in bed with his lover then proposes, showing off his tight ass. Sounds like the perfect day to us!
advertisement

The Man in 3B (2015) follows Daryl Graham (Lamman Rucker) who moves to a new building in Jamaica, Queens. His neighbors are obsessed with him from his swag to his handsomeness. Everyone loves him, including Connie (Brely Evans) who turns to Daryl for help on improving her life. Soon, everyone is doing the same until his ex Krystal returns to ask for help in making things work in her current relationship. Everything is going well until someone gets murdered and suddenly everyone in the apartment complex is a suspect.

We need to see the men in The Man in 3B because they are looking oh so fine. Cutie Christian Keyes slides his way off the bed naked. We love the look of his left rump before the camera cuts away. He then puts his leg in front of his crotch as he presents her with a ring. We're disappointed it isn't a cock ring.