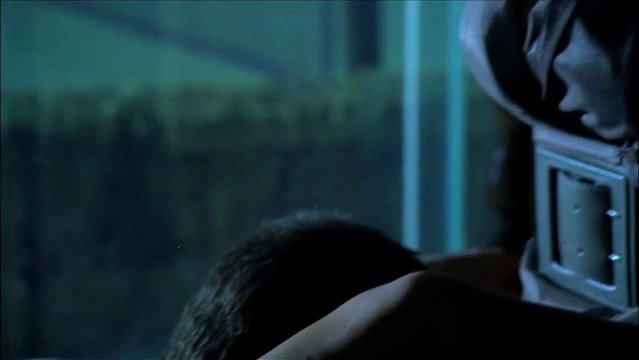 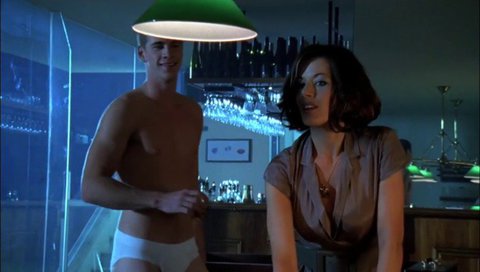 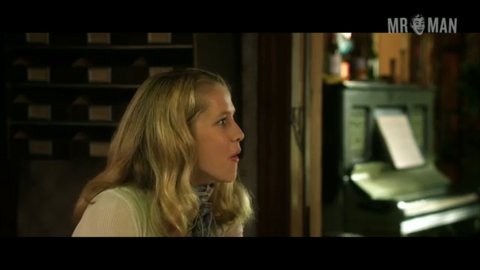 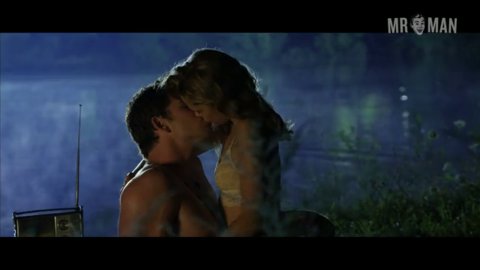 Love and Honor (2012) Sexy, shirtless 00:57:50 Liam strips to his boxers and dives into the lake. Afterwards, there's an awkward montage of a shirtless Liam making out with his girlfriend.
+41
More Pics &
Clips >>

The younger brother of beautiful blond god of thunder Chris “Thor” Hemsworth, Liam Hemsworth serves as a quietly sexy counterpart to his sibling's off-the-charts, crotch-bulging beefcake bravado. Born in Australia, Liam grew up with his brothers, surfing and tanning their taut muscular bodies on the beaches of Phillip Island, before taking a job laying floors. Oh, to be those floors!

When he decided to follow his brother Chris into acting, Liam got a part as a paraplegic on an Aussie soap opera before coming to Hollywood. He was cast in the Sylvester Stallone action flick The Expendables (2010), but his character was written out of the script. Then he lost the lead role in Thor (2011) to his brother. Things finally started looking up when he was cast opposite Miley Cyrus in the romantic flick The Last Song, based on the Nicholas Sparks novel. And sparks were flying on set too, because Miley and Liam soon became an item. Hannah Montana likes that banana!

Our favorite Liam appearance is in the Aussie comedy Satisfaction, where he shows off his hot young ass during a sex scene! In 2012, Liam lent his animal magnetism to the strong and silent figure of Gale in the box office smash The Hunger Games, where he costarred with Jennifer Lawrence and Josh Hutcherson. We’re hungry too, for Liam’s sausage!