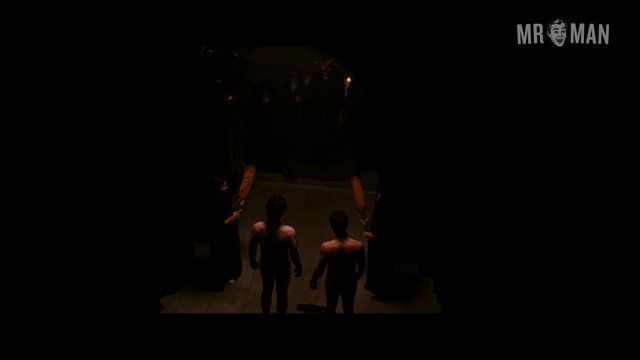 21 & Over (2013)
Nude, butt, gay, shirtless 01:01:39 Miles and Skylar are stripped naked, only wearing tube socks over their cocks. Both dudes are spanked with wooden paddles before they are forced to kiss each other. 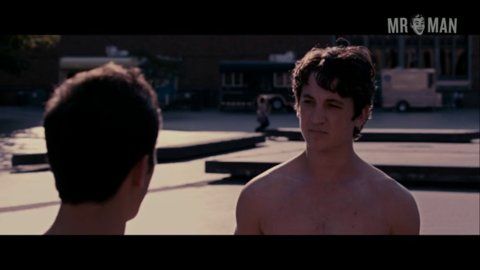 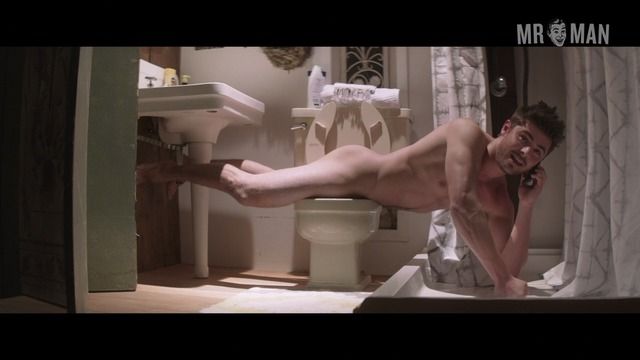 That Awkward Moment (2013) Nude, butt, shirtless 00:13:30 Zac and Miles dunk their dinks in the toilet. Nice butt from Zac, and a good tease from Miles. 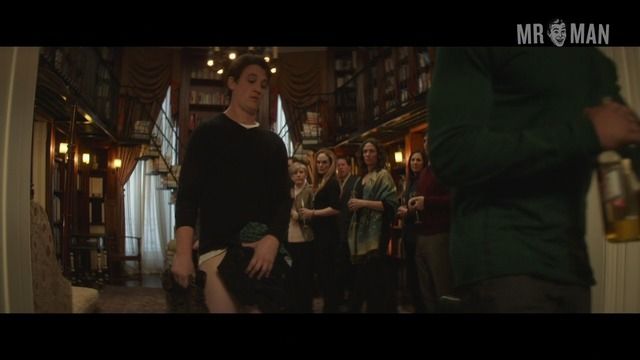 Miles Teller's breakthrough role was as a teenage driver who accidentally kills a kid in Rabbit Hole (2010), but it's not all doom and gloom with this star of Whiplash. Miles must be feeling pretty good, actually, considering that at the age of 26 he had already starred in a handful of major studio movies (Footloose, Project X) as well as critically acclaimed indie flicks like The Spectacular Now which featured him shirtless. And speaking of being up and coming, Miles made us feel pretty good, too, baring his butt, kissing a dude, and wrapping a sock around his schlong for a fraternity initiation scene in 21 & Over (2013). Nice pen, Teller. He made things much less awkward when he bored buns by lying on a toilet (the physics of it are confusing, but watch the clip!) with his buns up in the air in That Awkward Moment. He also spent plenty of time in his underwear much as he did in Two Night Stand, Bleed For This and Get a Job which also showed off his ass. Looks like he has a job and it's to be downright sexy.

8 Pics & 2 Clips
Nude, butt, gay, shirtless 01:01:39 Miles and Skylar are stripped naked, only wearing tube socks over their cocks. Both dudes are spanked with wooden paddles before they are forced to kiss each other.
Nude, butt, shirtless 01:05:17 Miles and Skylar show off their marked up butts. Later in the scene, the nude duo sport socks over their cocks.