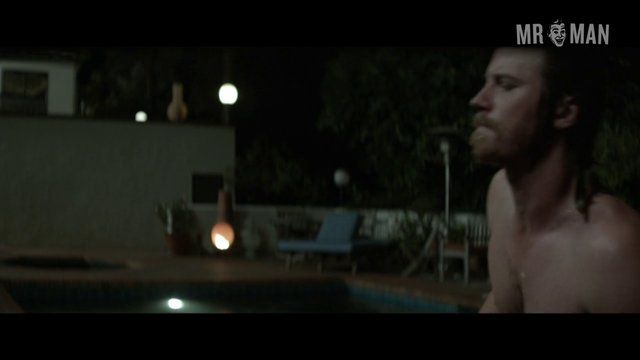 Mojave (2015)
Nude, butt, shirtless 01:14:23 Garrett Hedlund gives us two looks at his drenched dumper - one while he's swimming and one while he's getting out of the pool!
advertisement

The second movie written by William Monahan, author of The Departed, Mojave is about—what else?—a trek into the Mojave Desert. Garrett Hedlund plays Tom, a burned out actor who is considerably depressed and unfulfilled by his fame. He goes out into the desert for some respite while his wife and daughter are in London, and he meets a creepy dude (Oscar Isaac) with an uncanny familiarity with literature. Said creepy dude gets violent, and before you know it, the two men are in a full fledged war with each other. Garrett escapes, but Oscar is right on his tail—and what do you know? He's a serial killer that's just added Garrett to his hit list. Things are bad, very bad, but we get to see Garrett come out of the pool naked, his perfectly toned tush shining in the moonlight. Sigh. Then there's Oscar Isaac, who gives himself a shirtless buzz cut and makes us completely forget he's playing the bad guy. Last but not least, Walton Goggins has a shirtless phone conversation, his six pack very much flexed. Will Oscar win this little game, or will Garrett prevail? We won't tell you, but we'll see this much: They are two beautiful costars. *Drool.*