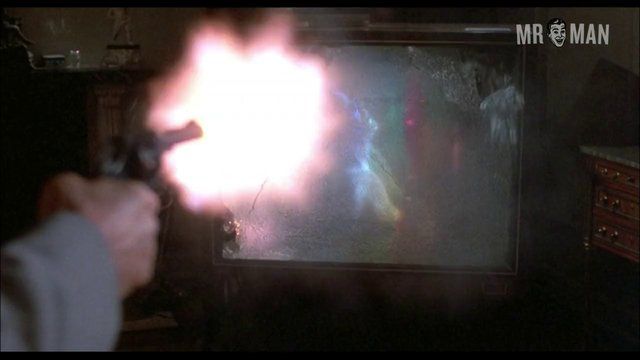 Murphy's Law (1986)
Sexy, underwear, straight, shirtless, bulge 01:03:01 We'd like to get some R &amp; R, especially when seeing Richard Romanus bulge out after getting terrorized by some gun toting invaders.
advertisement

Murphy’s Law (1986) is a film directed by J. Lee Thompson and starring Charles Bronson, Kathleen Willhoite, Carrie Snodgrass, Robert F. Lyons, and Richard Romanus. This action thriller was the sixth time that Charles Bronson and J. Lee Thompson had collaborated. The film follows Jack Murphy, a hardened LAPD detective, who must clear his name after a woman he put in jail years earlier begins murdering his wife and colleagues and framing him for the killings. Murphy’s Law is an adage that means that anything that can go wrong, will go wrong. Mr. Man’s Law means anyone that can get naked, should get naked. This film gives us some tasty tidbits in that department. First, we get a quick peek at Jerome Thor’s perfect pecker as he is drowned in a bathtub by the ex-con. (Talk about Thor’s hammer!) Then, there’s a great shot of the rugged Richard Romanus in some tiny pink underpants! Now if only we could see Mr. Romanus’ anus!