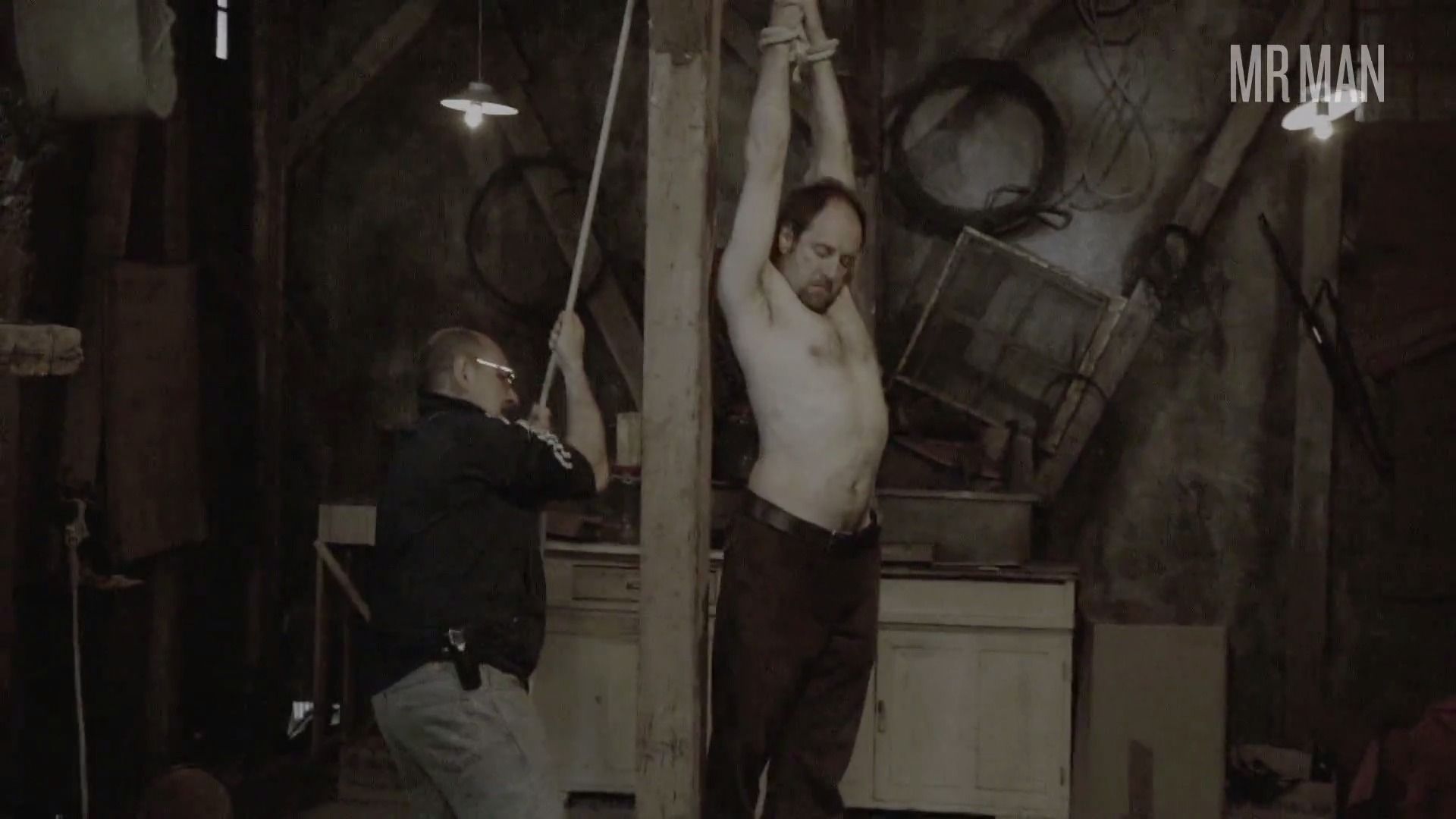 Pablo Krögh is a writer, actor, and director from Recoleta in Santiago, Chile. He's likely best-known for directing and writing Docullage: Un pez entra dos aguas (2008) which he also produced and edited, but we definitely prefer his acting work which he has been busy doing ever since 1986 with a bit part on a TV mini-series. He took several years off of acting before returning a decade later to pick up where he left off. Why did he stop? We'll never know, but once he got started again, he was unstoppable with over two decades of impressive work. He began his hot and hunky career with a recurring role as Miguel in the Chilean TV series Santiago City (1997). From there he also starred in Coronation, El brindis, Lirtoal, Dawon Isla 10, The Yellow Passport, Feroz, Baby Shower, Roman's Circuit, Infeles, Bim Bam Bum, Cut Down Kite y mucho mas. He plays El Chele in The Fugitives (2011) where he shows up shirtless in just one scene where his hands are tied above his head. It's a torture scene, but it's also our only look at Pablo's shirtless chest. Take in his gray chest hair and slightly belly in this only nude scene he ever offered us. It really was his only one, too, because Pablo is now gone from this world. He passed away in 2013 after a long and impressive career in South American entertainment. Thankfully, he left us one shirtless scene to really remember him by.