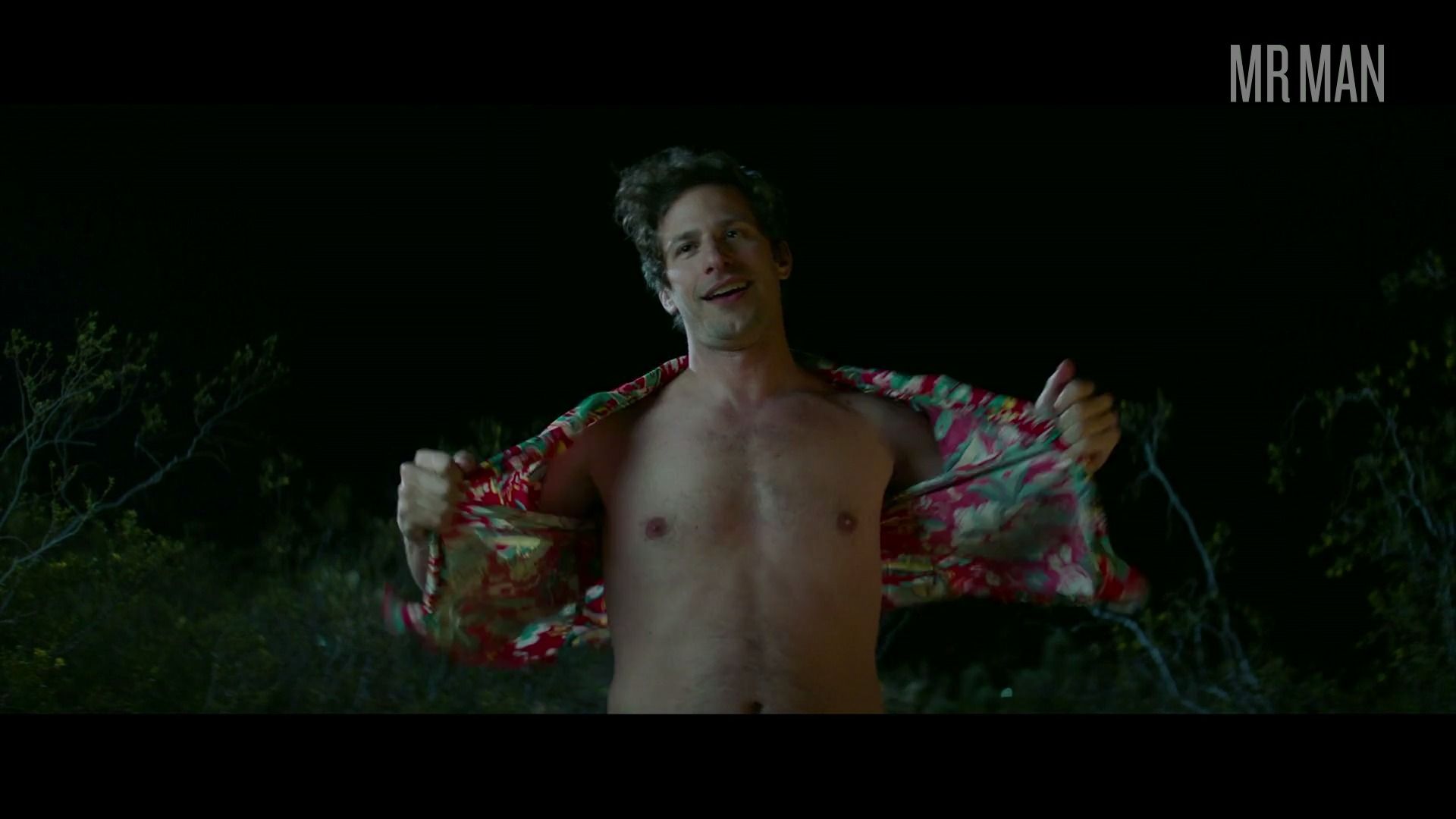 Palm Springs is a hilarious and thought-provoking comedy movie about two people who attend a wedding, only to experience a Groundhog Day-esque situation in which they have to repeat the same day over and over again. The movie plays up the monotony of wedding season - how the dinners, dances, drama, etc. all seem to bleed into each other. There is a surprising twist at the end of Palm Springs but we will not be giving that away! Just know that the movie is being called the comedy of the summer, and that it received rave reviews from critics for its frank humor and daring performances. Just how daring are the performances, you ask? Andy Samberg stars as one of the two leads here, and he shows his cute little booty in one scene! We see his entire backside as he runs down a rocky desert mountain. In addition to his nude scene, Andy shows some skin by the pool and has a straight sex scene. Tyler Hoechlin is one of the biggest names in Hollywood these days, and we get to see his sexy face and shredded bod in two scenes! He takes a shower and stands in the bedroom shirtless. And then there's Conner O'Malley. He goes pantsless, with just a modesty pouch shielding his privates from our eyes. Palm Springs really has everything and is a great movie for reflecting on how even though some things in life might feel repetitive, there can still be joy in the repetition. And joy in Andy Samberg's ass!