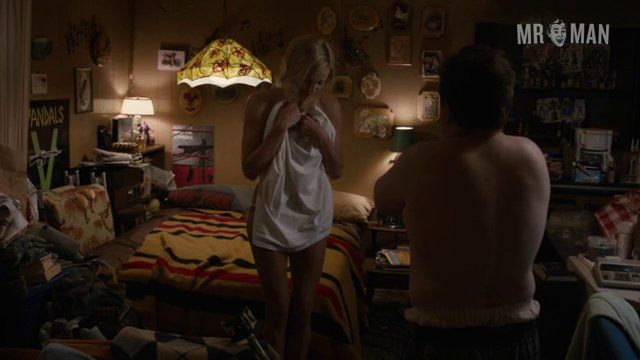 Young Adult (2011)
Sexy, straight, shirtless 01:18:30 Patton gives up his shirt and allows us a look at his comic book-collecting body. Nice!
advertisement

We love an intelligent man that can make us laugh, and Patton Oswalt is just that man. Charming, funny, insightful, and a serious comic book nerd, Patton is a real catch. We fell in love with the handsome bear for his role as the sci-fi obsessed Spencer Olchin on the hit series The King of Queens. More like the king of our hearts! Patton peddled his own kind of hotness on boob tube shows like Caprica, United States of Tara, The Heart, She Holler, and Axe Cop. The quirky comedian looked equally-as-attractive on the big screen in films like Sex and Death 101 (2007), Balls of Fury (2007), The Informant! (2009), and Nature Calls (2012). Nature really called when the hunk of handsomeness shed his shirt and showed off his manly chest in the downer flick Young Adult (2011). Give us some more skin, Patton. Don’t be so shy, big boy!