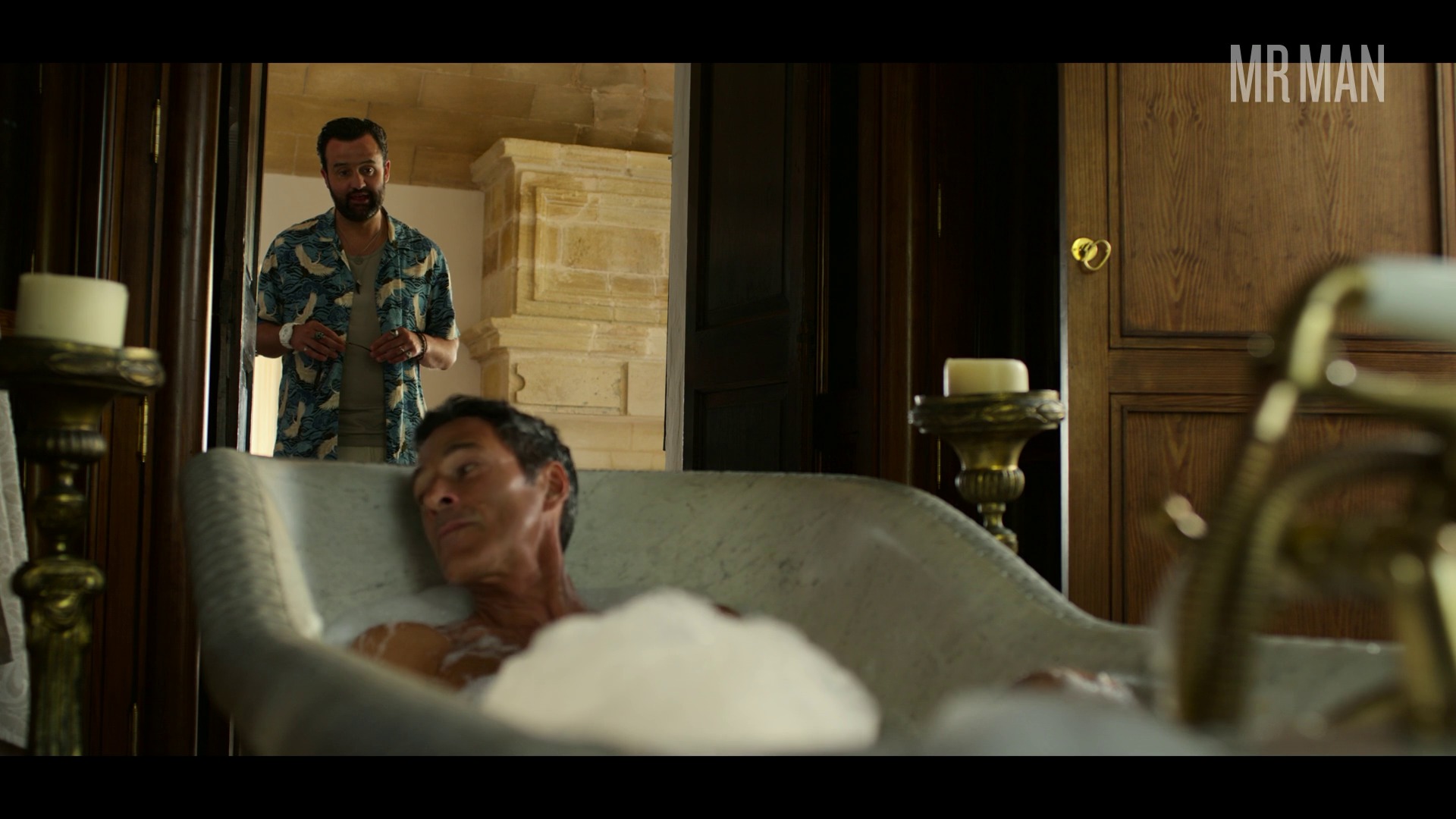 Paulo Pires is a Portuguese hottie with an incredible body...of work. Mind out of the gutter, sweetie! He's truly talented with a career in European cinema and television that began in 1993. Ever since then, he's been killing it with work in At an Uncertain Time (2015), Five Days, Five Nights (1996), Jornalistas (1999), Lines of Wellington (2012) and many more. Paulo finally shows his amazingly tanned and tight bod as George in White Lines. He gets out of a bathtub to show his tush and big back sack. We can't tell a white lie: Paulo has sex appeal!