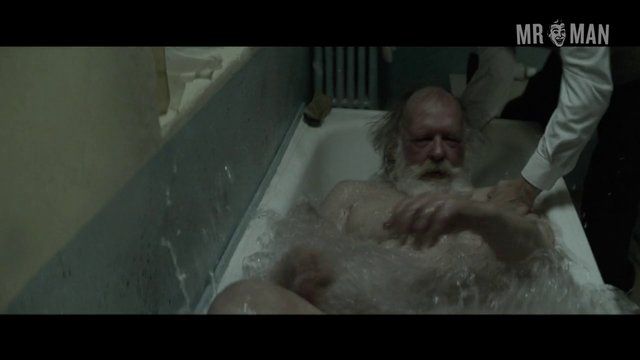 Rams (2015)
Sexy, shirtless 00:47:31 Theodór Júlíusson gets his clothes taken off by two dudes, who then put him in the bathtub.
advertisement

Icelandic drama Rams (2015) made a splash in the festival circuit, and is about the end of a feud between two estranged brothers. Gummi (Sigurður Sigurjónsson) and Kiddi (Theódór Júlíusson) own adjacent sheep farms in Iceland, and are forced to band together when a disease affects the flocks. The government, in an attempt to be proactive and stop the spread of the potentially devastating contagion, threatens to kill all of the sheep. These reconcilable bros don’t disappoint with the dudity, as Sigurjónsson gives up his schlong while getting out of the tub and Júlíusson goes full frontal while walking around completely nude! You’ll Sigurjónsson all over yourself!