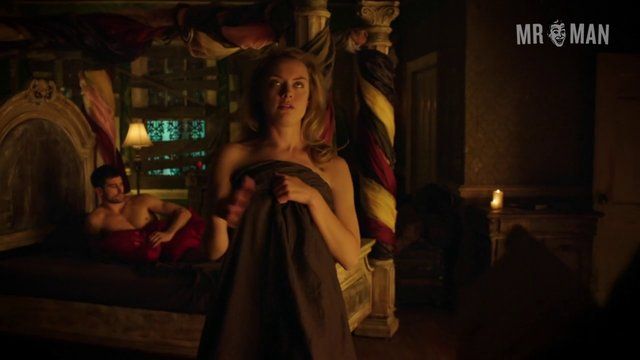 The sexy Scott Cavalheiro is a producer and actor known best for work in The Scarehouse (2014), Rough Hands (2016), and The Craft: Based on the Life & Work of H.P. Lovecraft (2015). Scott gets shirtless for his role as Tad in the Canadian supernatural drama Lost Girl which ran on Showcase. The series follows a bisexual succubus named Bo as she learns to control and utilize her powers to help people in distress. Scott reveals his picture perfect pecs lying shirtless in bed in an episode called “When God Opens a Window.” It seems like God opened a window to Scott’s sexy sculpted body for us and to that we say “Hallelujah!” We can’t wait to see this Canadian cutie give us a glimpse of his beautiful body next! Hopefully next time, we’ll go a little south of the border.