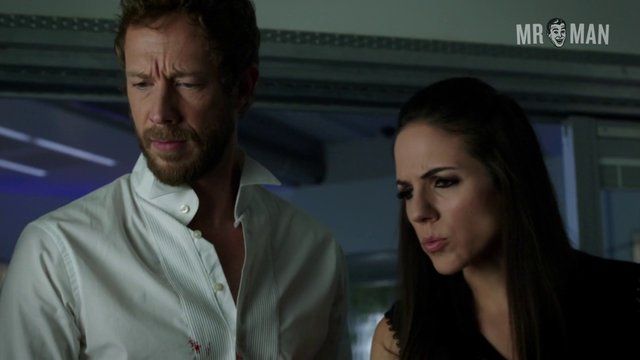 A sexy succubus struggles against her lethal lust in the TV series Lost Girl. Bo (Anna Silk) was raised by strict and conservative adoptive parents who tried to convince her that all sex was evil. But when Bo turned 17 her need to absorb sexual energy became too strong to resist and led to the accidental death of her first lover. She promises that she will never release that destructive force again, but just can’t stop suc-cum-bing to her primal urges. Fortunately she soon hooks up with her true people, the Fae, who want to help her control her appetites and finally have a normal life. There’s little nudity in this basic cable show but there is still plenty to enjoy since Kris Holden-Ried can’t seem to keep his shirt on and his hands and fists off other shirtless superhumans. Your hands will get lost in your pants when you watch this supernatural drama.