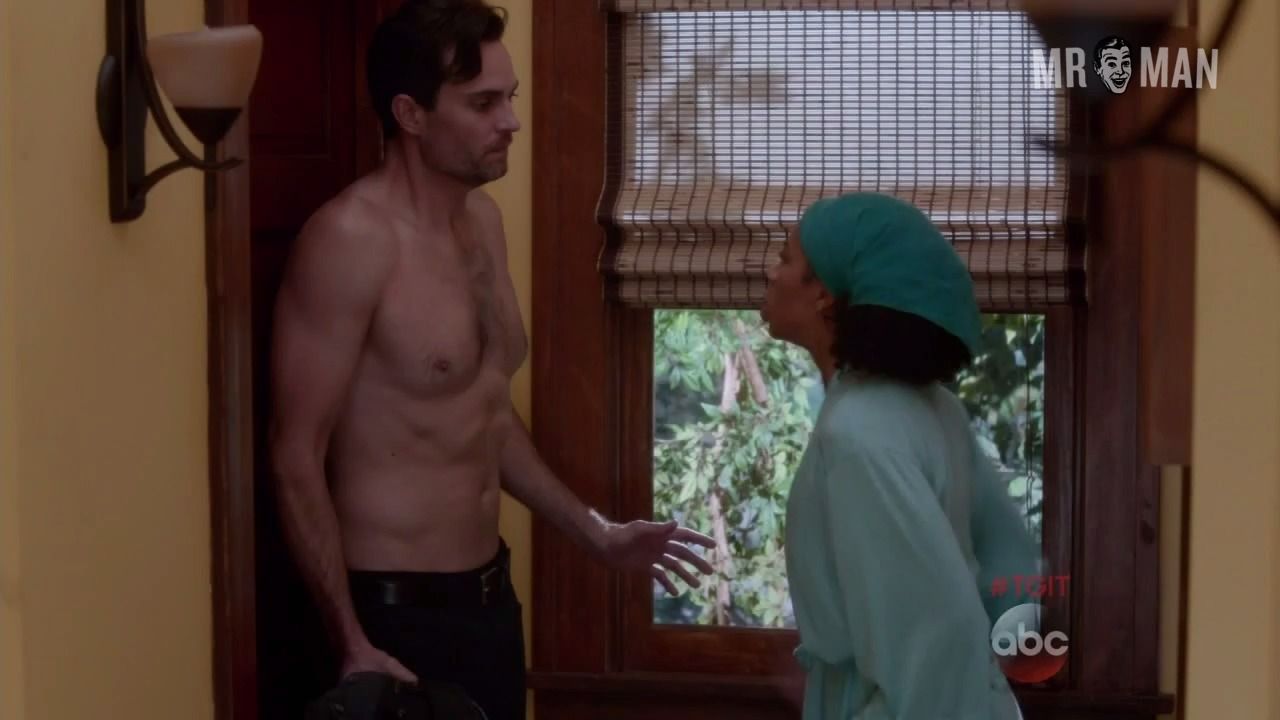 The ultra sexy Scott Elrod is a German actor best known for his work in Argo (2012), The Switch (2010), and Home Run (2013). Scott was born on February 10, 1975 in Germany. Scott’s father was an F-16 pilot so the family moved frequently but Scott was raised primarily in Parker, Colorado. After graduating high school Scott got his pilot’s license and became an air traffic controller. However, Scott’s good looks soon transitioned him into modeling and eventually into acting. Scott moved to Los Angeles and made his professional debut with a bit part in CSI: NY in 2005. Scott gets sexy and shirtless in ABC’s hit medical drama Grey’s Anatomy. Scott shows off is sculpted pecs and abs as Dr. Will Thorpe in an episode called “When It Hurts So Bad.” What really hurts so bad is being able to see Scott’s sultry, stripped down chest on television and not be able to touch it!