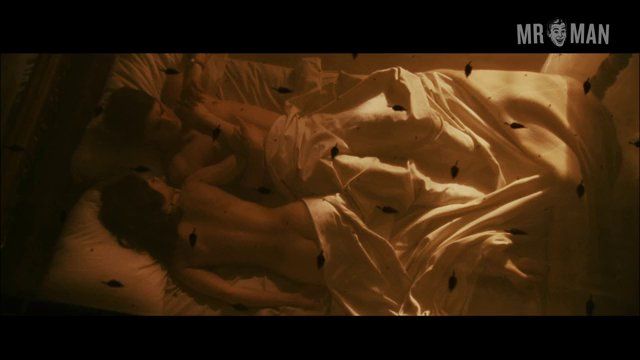 The Black Dahlia (2006)
Nude, butt, shirtless Josh Hartnett flashes some brief butt as he gets out of bed. Thanks to the mirror, we can see a bit more.

Adopted from James Ellroy’s novel of the same name, The Black Dahlia (2006) is a neo noir crime film that tells the semi-true story of a gruesome unsolved murder. Homicide detectives Dwight ‘Bucky’ Bleichert and Lee Blanchard (Josh Hartnett and Aaron Eckhart) investigate the murder of aspiring actress Elizabeth Short (Mia Kirchner). The detective duo’s obsession with the case leads Blanchard to go bonkers and Bleichert to a lesbian nightclub where Elizabeth look-alike, Madeleine Linscott (Hilary Swank), likes to let it all hang out. As secrets are unveiled, Linscott exchanges sex for Bleichert’s silence, leading to some sexy three-way liaisons. Towards the end of the film, in a post-coital pose, Harnett keeps us happy with a longing look at his lovely body. We get to investigate his chest and interrogate his homicide. Crime doesn’t pay, but Harnett’s hind end pays dividends that will make you a satisfied shareholder.