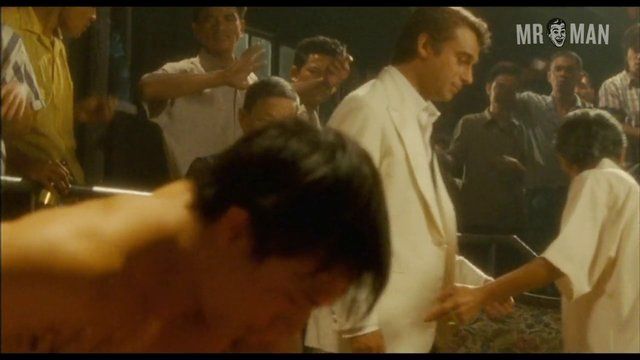 The Consul of Sodom (2009)
Nude, butt, penis, underwear, balls, straight, shirtless This scene deserves every one of its three stars as it gives us a look at Marco Morales' thick swinging dong! Watch as he gets it on with a girl in a wild sex club with a ton of onlookers. Lucky bastards!
advertisement

You better be sitting down for this one folks. Every once in a while a movie comes our way that’s so explosively sexy we can hardly believe it’s real. The Consul of Sodom (2009) is one of those flicks, and is very much so real. Based on the life of Spanish writer Jaime Gil de Biedma, the movie follows his lascivious sexcapades throughout the better part of the second half of the 20th century. Barcelona-native Jaime (the hunky Jordi Mollà) travels to Minila around 1960 to get in on some boy on boy debauchery. With almost more man meat than he can handle, (almost), the intellectual bangs his way through a number of hotties, most of which show off their sexy nude bodies! While his following years in Barcelona are eventually followed by his death due to AIDS, Jaime’s sex-filled life is gleefully documented in Sodom. In addition to a look at Jordi’s hard cock, Sodom also gives looks at the stunning Alfonso Begara’s hairy nude body and plenty of peeks at cutie Marco Morales. Throw in Nick Moreno’s sick bod and hard peen as well as some other nude dudes, and we’ve got ourselves a four star Man flick if there ever was one!