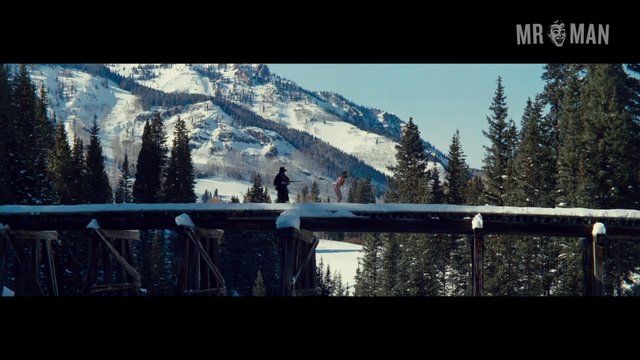 Quentin Tarantino continues the bloodshed with his eighth feature flick, The Hateful Eight (2015). The Oscar-winning movie (Best Achievement in Music Written for Motion Pictures) takes cues from Django Unchained (2012) by following the lives of bounty hunters in the Wild West. John Ruth (Kurt Russell) is traveling along in a hired stagecoach with his bounty Daisy (Jennifer Jason Leigh) when he comes across old acquaintance Major Marquis Warren (Samuel L. Jackson). While outrunning a blizzard in the dead of winter, the gang picks up a rag tag group of people in their coach while heading for shelter. These eight people who seem to have some sort of distain, or, what’s the word, hate (ah there it is), end up getting into Tarantino-approved violent encounters with one another. You’ll be having an encounter with your Taran-taint-o when you see the sexy Crag Stark walk and crawl in the snow while stark ass nude! In addition to showing off his fuzzy bod and perfect package, he even gives Samuel L. Jackson an implied blowjob! More like The Hateful Eight Inches!