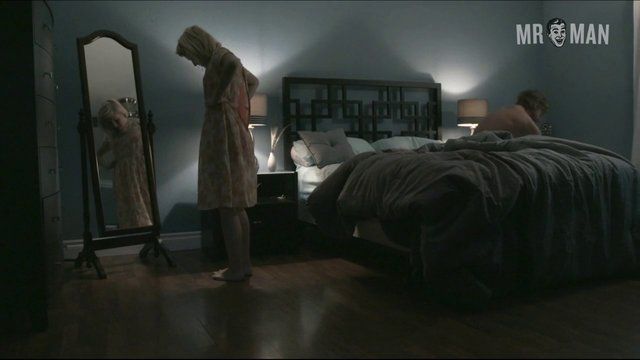 The Love Inside (2016)
Sexy, underwear, shirtless 00:02:41 Zachary Knighton puts on his undies while getting out of bed after a trip to pound town.
advertisement

Co-director Andy Irvine had two shorts under his belt when he agreed to collaborate with co-director Mark Smoot on Smoot’s debut short +/- (2015). The short had these University of Texas grads putting on tuxedos to be honored at the 2015 SXSW Film Festival. Their short ultimately raised so much buzz that the pair received the prestigious Austin Film Society Grant, allowing them to begin production on their first feature film The Love Inside (2015). The film was also accepted into The Austin Film Society's Artist Intensive Workshop, but most importantly: it has tons of cute guys in it! This includes the hot and hunky Zachary Knighton. You may remember him from the short-lived Fox sitcom Life on a Stick, but in The Love Inside, he whips out his own stick, and it will make your life. We’ll also see a post-coital Kington climbing out of bed and getting his underwear on. Zachary Knighton is our knight in naked armor. You’ll also see Austin actor Byron Brown in his bulging boxers, and shirtless in bed. The Love Inside is full of foxy fellas that fans wish were inside of them!