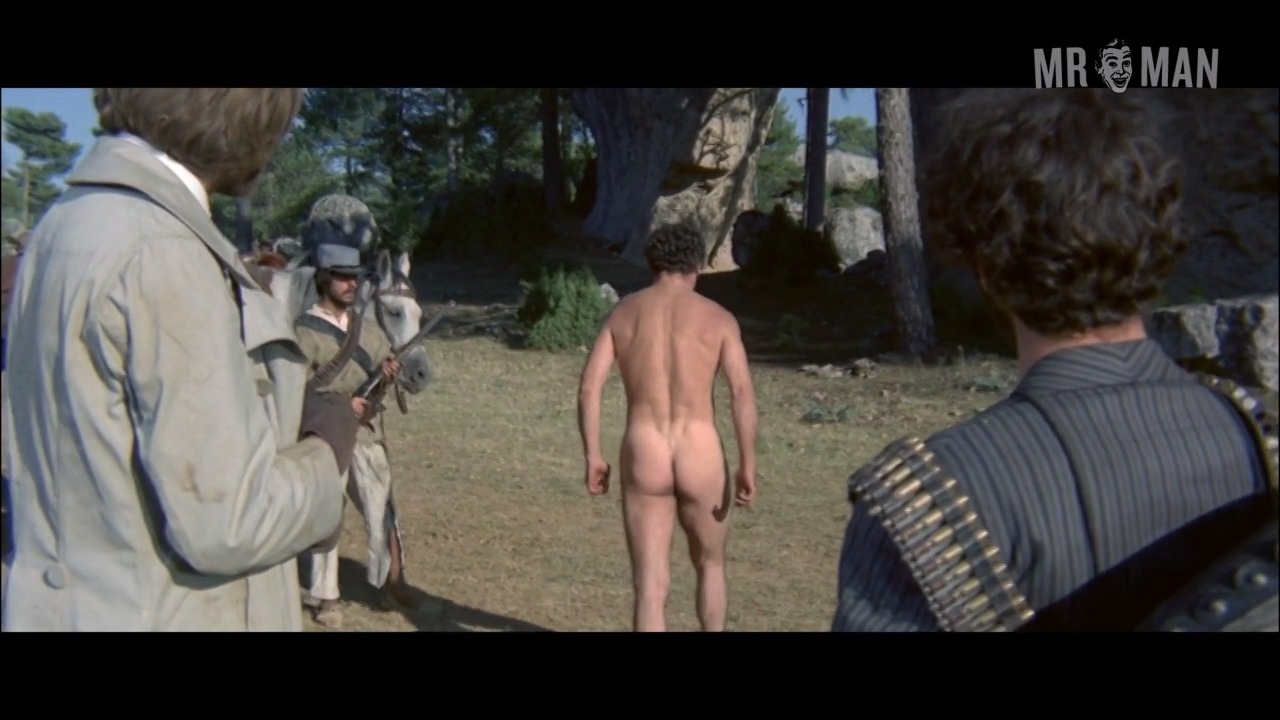 The Mercenary (1968)
Nude, butt, shirtless 00:35:39 Jack Palance is naked while men with bayonets taunt him, so he walks away nude. We love to watch him walk away!

The Mercenary (1968) is a German western about a mercenary who ends up helping a mine worker and a peasant girl in a revolution against the Mexican government while they are tracked down by Americans. Franco Nero plays our Polish lead hottie who showers outside, rubbing water all over his blond chest furr. Grrrowl! Meanwhile, Jack Palance is merciful in showing us his ass when he gets totally naked and walks away from dudes with bayonets. Woof, look at those buns go.

Sexy - as Sergei Kowalski, The Polish