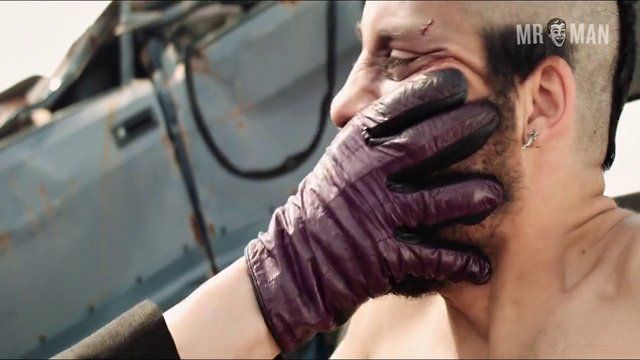 Insane (2015)
Nude, butt, shirtless 00:37:42 Roberto Marinelli is tied to a forklift and gives us a great look at his sexy hairy ass as a guy takes scissor to his groin.
advertisement

Wild crime drama Insane (2015) shows just how far some people will go to get revenge. When Frank (Alex Lucchesi) escapes the mob family he has been working for he hides in a small town in southern Italy to let things calm down. The family’s new boss is hell bent on taking him out so she hires a deranged killed who goes by the name Condom (Robert D’Antona) to hunt him down. Condom and his right hand man know little about subtlety and start a bloodbath as they search for Frank.

Roberto Marinelli will have you screaming with delight when he shows some serious skin while being tortured. Condom has him tied up shirtless and his torturing him when he decides to pull Roberto’s shorts down and punish his man region. We get a rear view of the action so there is a screen full of Roberto’s nice ass as the punishment is dolled out.