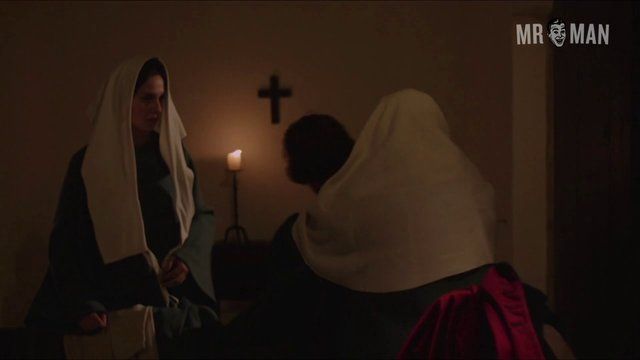 Wondrous Boccaccio (2015) is an Italian film directd by Paolo and Vittorio Taviani nad starring Lello Arena, Paola Cortellesi, and Carolina Crescentini. The film is based on stories from The Decameron by Giovanni Boccaccio. This comedic drama, originally titled Maraviglioso Boccaccio, follows a group of ten friends living on the countryside in the 1300’s, trying to survive the outbreak of a deadly disease. They hide away in an old mansion and spend their time telling stories. The five stories they tell make up the film. We get some great nudity in a story about some sexy, sinning nuns. The story begins with a nun secretly making whoopee with a man in her chambers and the luscious Leonardo Santini showing off his beautiful buns. Later, the Mother Superior has a juicy gentleman in her chambers as well and we get to see a great little glimpse of the rugged Roberto Andrioli’s junk! With a perfect package like that, Wondrous Boccaccio is wondrously sexy!