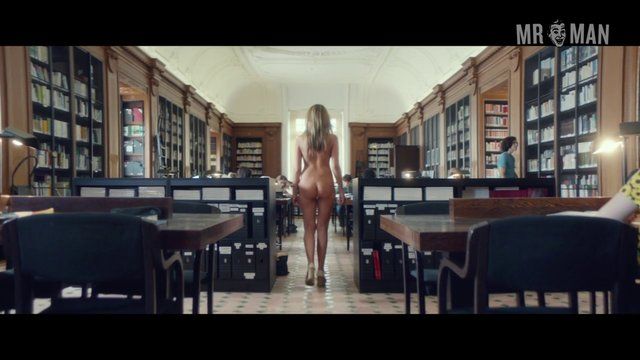 When a supposed good idea goes bad, chaos erupts in the comedy Five (2016). Five childhood friends get to live out a dream when one of them, Samuel (Pierre Niney) offers to pay for a house they can all live in together. At first everything is great, but then Samuel runs out of money. Instead of asking his friends for help he ends up selling pot to make money and finds himself caught up in a web of crime involving the police and rival drug dealers.

Idrissa Hanrot will have you using all five fingers on your bad areas when you see his nice, tight ass, back and upper body. When one guy walks in on him as he hooks up with a woman we get to see Idrissa from behind as those cheeks clinch when he thrusts. Igor Gotesman and Francois Civil get wild as they trip on some crazy drugs. Igor puts on women’s lingerie, showing off his body in the process then Francois drops his pants to pee out the window and shows off his booty. Throughout Igor and Francois appear shirtless and Idrissa shows off his body again in a montage of sex with different women.