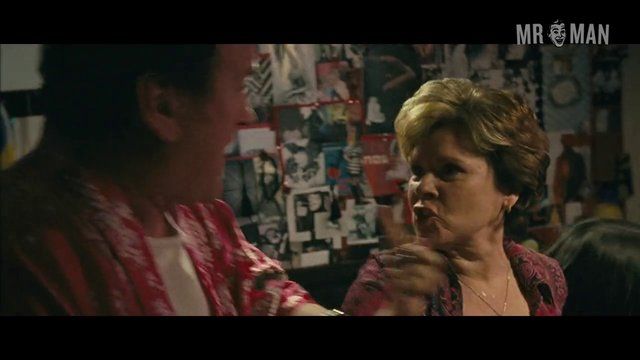 Three and Out (2008)
Nude, butt, shirtless 01:11:29 Mackenzie Crook bares his ass and jumps out the window when he's caught banging a chick.
advertisement

British black comedy film Three and Out (2008) (also released as A Deal Is a Deal) tells the stories of a group of seemingly normal people who end up having rather abnormal problems over the course of the film. Directed by Jonathan Gershfield, it hits on themes of loneliness, friendship, love, and even cannibalism, dealing with all of it with a good deal of dark humor. Mackenzie Cook plays a character named Paul Callow, who’s really at the center of the narrative, and he quickly becomes the center of our attention, with his hot, lanky body, cute little mustache, and flowing, light, long hair. After hooking up with a lady, her parents burst into the room and he’s forced to scurry away, and fortunately for us does not have time to get dressed first. We get a great view of his body—plus a small glimpse of his ass, and an even smaller glimpse of his groin area on top of that—when he jumps out a window and onto the ground with no clothes on at all.