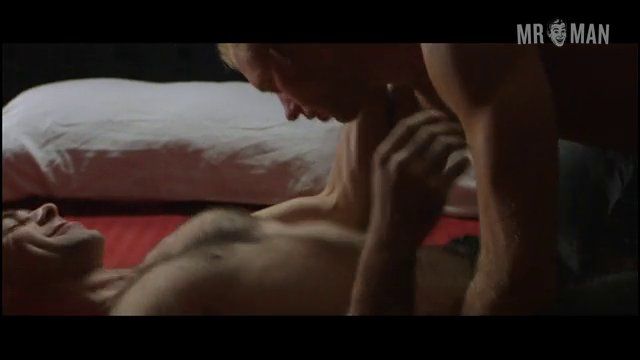 Hot Guys with Guns (2013)
Nude, butt, gay, shirtless 00:32:19 Brian goes butt out while getting hot and heavy with the hairy-chested Trey. Sexy! 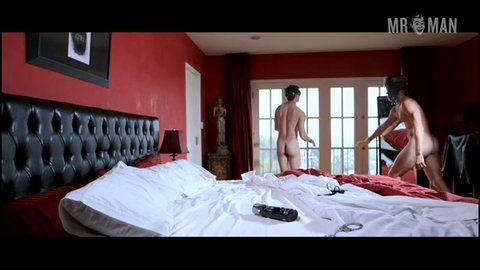 Hot Guys with Guns (2013) Nude, butt, gay, shirtless, balls, butthole 00:43:32 Too bad this scene is so quick, but Brian and Trey get lost in some sexual hijinks. Look at the mirror for a shot of Trey's butt and balls. Room for one more, guys? 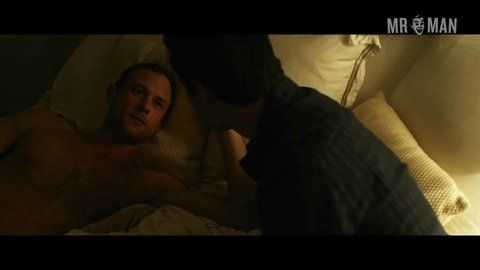 Trey McCurley exploded onto the scene in 2009, and has racked up a dozen credits in just that short amount of time! Looking not unlike a more rugged and certainly less bug-nuts insane Kirk Cameron, Trey hasn't had any of his projects hit the big time yet, but it's only a matter of time before the rest of the world catches on to this seriously talented and seriously tempting hunk! Among his most notable credits are the films Three Thousand Six Hundred and Fifty Days (2010), Chavez Cage of Glory (2013), and his most skinsational role of all in Hot Guys with Guns (2013)! Trey gets hot and heavy with co-star Brian McArdle in two different scenes, but in the second one, you can catch a glimpse of his glutes in the mirror as they intertwine with one another! Trey McCurley will make your insides all swirly!