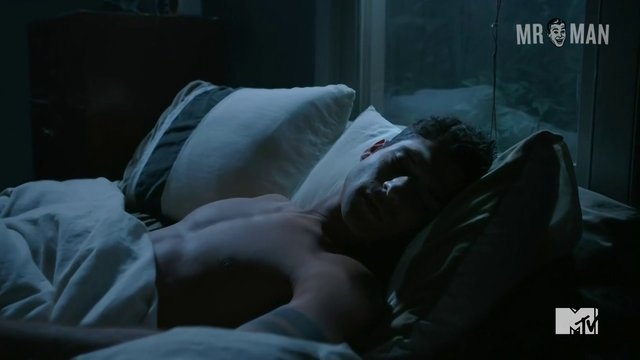 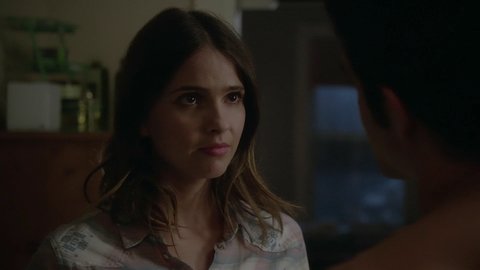 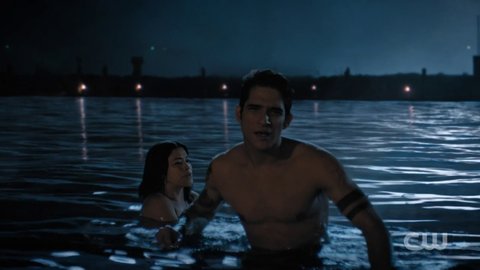 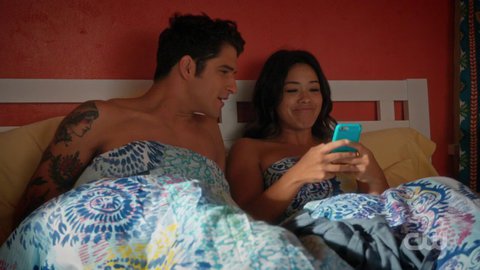 The titillating Tyler Posey is an actor best known for his work in Teen Wolf, Maid in Manhattan (2002), Doc, and Collateral Damage (2002). Tyler was born October 18, 1991 in Santa Monica, California. Tyler made his acting debut with an uncredited role in Men of Honor (2000). In 2012, Tyler won an ALMA Award for Favorite TV Actor – Leading Role for his work in Teen Wolf. Tyler strips down for his lead role as Scott McCall in MTV’s supernatural drama Teen Wolf. The series follows a teenager who is attacked by a werewolf and becomes one himself, leaving him to navigate the curse and the enemies that come with it. Tyler shows off his manly, muscular chest in an episode called “Superposition.” Tyler gives us an eyeful of his perfect pecs while lying in bed and then we get an even better look at that ripped physique when he gets out of bed to head to the bathroom! The sight of this teen wolf with his shirt off will make you howl!
He continued turning heads as a shirtless hunk in Jane the Virgin (2018) and in the movie Truth or Dare (2018) which also showed his ass. In the series Sideswiped (2018) he got really sexy as a young man sleeping with an older woman. He got out of bed to toss his condom and showed us his twinky bottom! We hope Tyler continues posing for the camera and taking off his pants cause we'd swipe right on him for sure. He continues his sexy scenes with a gay makeout sesh in Now Apocalypse! (2018). We want to see more of Tyler NOW.

6 Pics & 2 Clips
Nude, body double, butt, shirtless 00:15:00 Tyler goes naked for his friends, covering his penis with his cupped hand. Too bad the butt is from a Body Double!

10 Pics & 2 Clips
Nude, butt, straight, shirtless Ep. 01x02 | 00:20:50 Tyler is shirtless as he goes down on Carly and then finishes inside her. When he's done he gets up and goes to the bathroom to clean up, letting us really view that ass.
Nude, butt, straight, shirtless Ep. 01x02 | 00:18:45 Tyler makes out and starts undressing. He wants to take off Carly's pants, but she says she thought they were just going to make out. She changes her mind cause, duh.