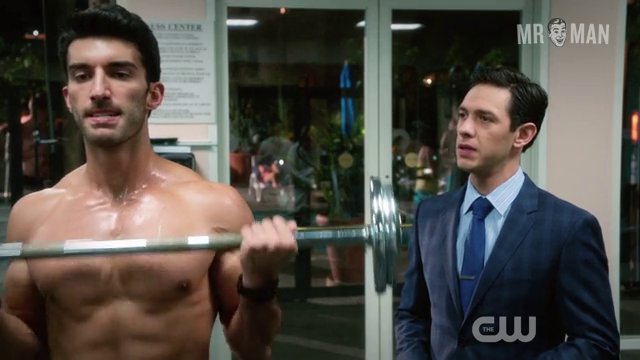 Based on a Venezuelan telenovela, Jane the Virgin stars Gina Rodriguez as the titular virgin, a twenty-three-year old who is hyper-focused, hardworking, and dedicated to her family. She’s also religious, so much so that she’s one of those weird chicks that’s saving her hymen for marriage. Boo hiss. Jane’s life gets turned upside down when she mysteriously becomes pregnant after a series of silly mishaps causes her to get accidentally inseminated during a routine doctor visit. She soon finds out that the unintentional load donor is Rafael (Justin Baldoni), a rich dude that owns the hotel she works at. Complicating matters even further is that Jane is in a long-term relationship with Michael (Brett Dier), a super nice cop with the biggest pair of blue balls in the world. In fact, there’s some serious talk of marriage. Gotta love today’s television!  Plus, you’re really going to love seeing Michael Rady minus his shirt in season one, episode thirteen. Rady can donate his sperm to us anytime he wants to!