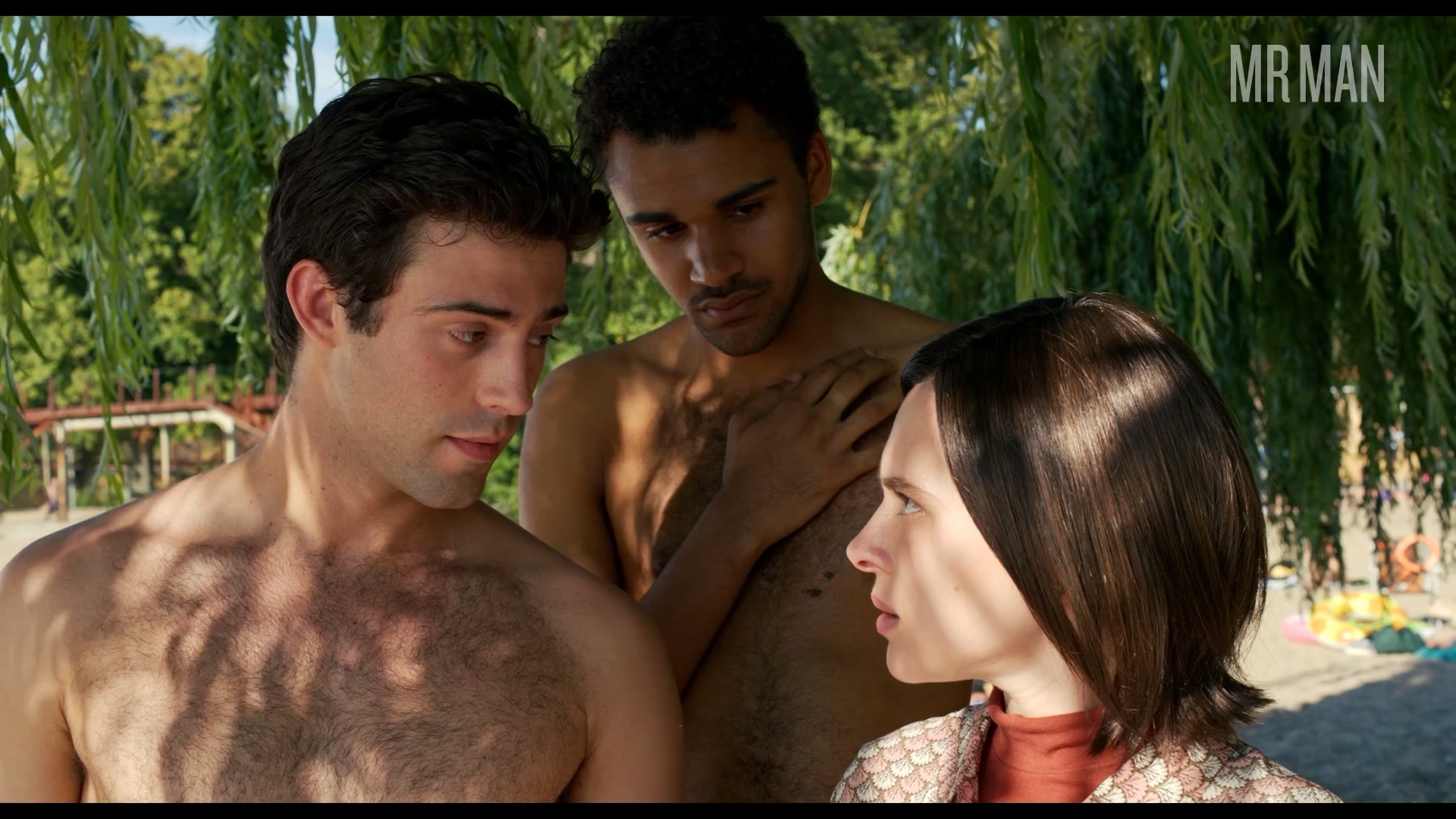 Unorthodox (2020) is a Netflix original series about a young woman who grew up in the Orthodox Jewish faith in Brooklyn. After her arranged marriage, she felt pressures to make a family with this man she barely knows. She ran away and sought help from someone who helps her escape to Berlin, but as she discovers herself there she also fears being discovered. Just because these guys are religious, doesn't mean they can't undress to show off their holier regions. Langston Uibel plays a sexy shirtless man and Aaron Altaras also goes shirtless. None of those guys quite hold a candle to Jeff Wilbusch's nude scene. He completely undresses to show off his cock and balls before he dives into a river. Wilbusch really shows his downstairs bush.