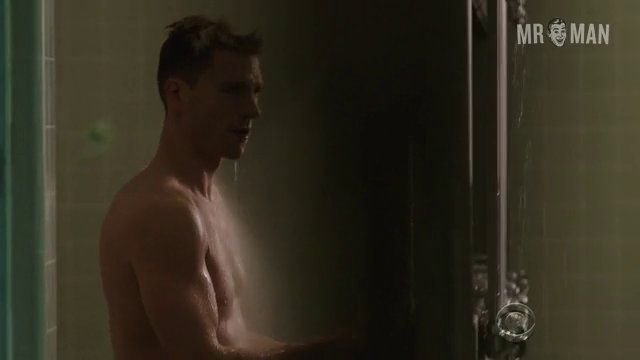 Mr. Man says this a lot, but this time he truly means it when he says that Andrew W. Walker is a hunk. Yeah, there are an endless list of actors that have earned the hunk title, but Andrew is a true hunk. He’s got stylish blonde hair, model-like facial features, blue eyes, and a body that looks like he spends more time in the gym than he does in the kitchen. The Montreal-born babe was on his way to a promising football career, but a knee injury forced him to change his path from the Gridiron to the boob tube. As soon as Andrew put down the pigskin, it was only a matter of time before he was earning recurring roles on the shows Maybe It’s Me, Sabrina, the Teenage Witch, and Against the Wall. You didn’t see him on any of those shows? Shut up! Well, maybe you’re more familiar with his silver screen work in the films The Beach Party at the Threshold of Hell (2006), Steel Toes (2007), The Gundown (2011), and 2 Bedroom 1 Bath (2014). Over twenty damn years in the business, and this collegiate footballer-turned actor can’t get nude? You gotta be kidding us! The best we’ve been giving is a shirtless shower scene on an episode of the CBS crime drama Stalker, where he plays a coach who is a victim of a stalker. With a body like his, we can’t blame anyone for wanting to stalk him!