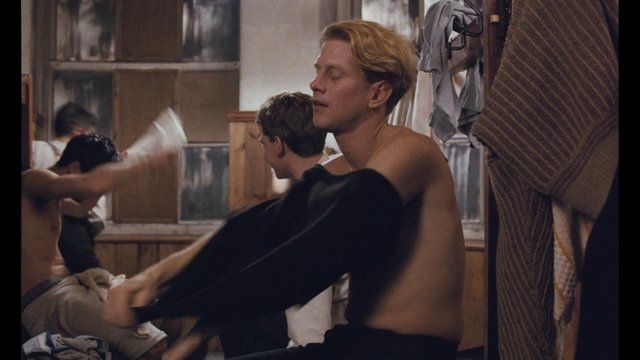 Maurice (1987)
Sexy, underwear 01:06:04 James shucks his shirt and cleans up his sweaty body. More importantly, we're given a great look at some full frontal from dudes splashing in the shower.
advertisement 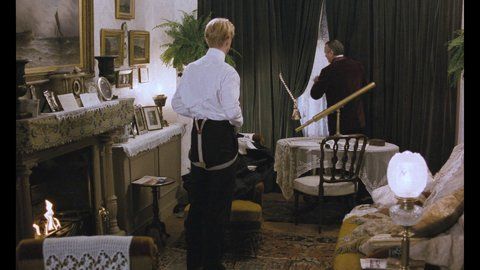 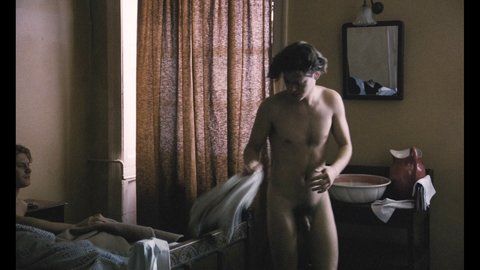 Maurice (1987) Nude, butt, penis, balls, shirtless 02:01:57 Rupert and James give up every inch of their bodies, getting lost in a moment of same-sex loving. 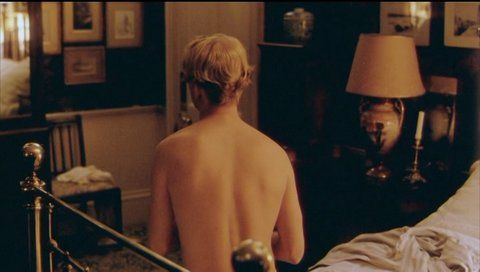 Born in Rangoon, Burma, British actor James Wilby made his first appearance on the screen alongside hooker-loving hunk Hugh Grant in the Oxford Film Foundation’s 1982 whodunit Privileged. Unfortunately, Mr. Wilby didn’t give us the privilege of seeing his Mr. Willy.
In 1987, James joined up with Hugh Grant again, this time playing undercover gay lovers in the film adaptation of E. M. Forster’s Maurice. Audiences must have responded like we did to Hugh and James’s furtive man-love, because both men won the Venice Film Festival's Best Actor. The next year, James won the Bari Film Festival Best Actor for his starring role in A Handful of Dust (1988). Personally, we’d much rather have a handful of Wilby!
James went on to appear in the Charles Dickens adaptation, A Tale of Two Cities (1989), another E. M. Forster movie, Howards End (1992), and Robert Altman’s acclaimed 2001 ensemble movie Gosford Park. In 2004, James made a splash portraying one of the great lovers of all time on the stage when he appeared as the title character in the Lyric Theater’s production of Don Juan and in 2011 he made an appearance on the sexy UK series Secret Diary of a Call Girl. And what call girl wouldn’t want James for a john?

2 Pics & 1 Clip
Nude, penis 00:28:35 James Wilby flashes his flaccid fellow in an attempt to get some bathroom lovin'.

8 Pics & 4 Clips
Nude, butt 01:12:20 James strips down by the fireplace, teasing a look at his lovely ass in the process.
Nude, butt, penis, balls, shirtless 02:01:57 Rupert and James give up every inch of their bodies, getting lost in a moment of same-sex loving.
Nude, butt, penis, balls 00:24:39 James bares it all as he gets ready for bed. Thankfully he takes time to admire his lovely body in the mirror.