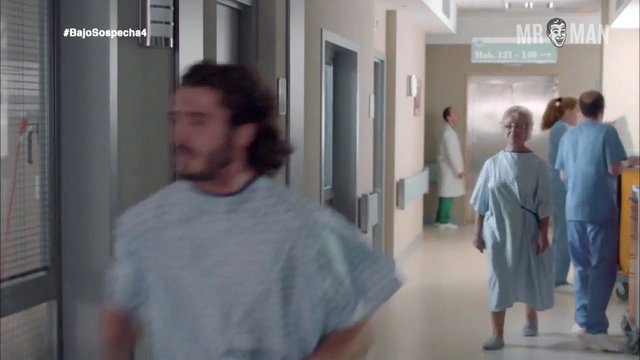 Bajo sospecha (2015-2016)
Nude, butt Ep. 02x04 Yon González runs down the hallway with the back of his hospital gown open, revealing a nice ass and sexy tan line.
advertisement

Bajo sospecha (which translates from Spanish to “Under Suspicion”) is a Spanish crime drama that premiered way back in 2014 and has been enthralling audiences in Spain ever since. The first season follows one ongoing investigation that is undertaken by a pair of undercover police officers, while the second shifts its focus to an entirely different investigation, with the main characters from the first appearing here and there from time to time in supporting roles.

It has received rave reviews for its grittiness and for its tense storytelling, but us? We like it best when we see its stars decide to show a little skin for the camera. We get that in the fourth episode of the second season, in which young Spanish babe Yon Gonzalez (who was a lead actor in the first season) runs down the hallway of a hospital wearing nothing but an oh so revealing gown, and accidentally giving us a quick but very hot view of his remarkable behind.