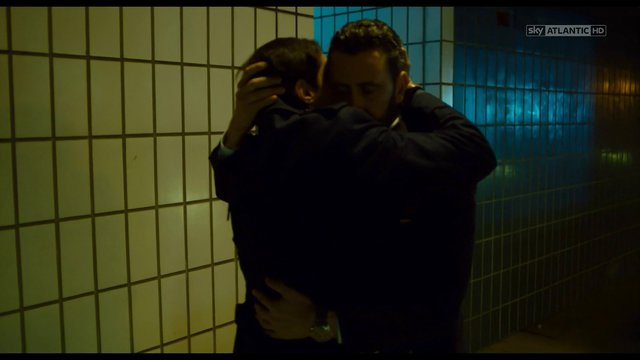 The Italian crime drama series Gomorra follows Ciro Di Marzio (Marco D’Amore), the quickly rising right hand of the Savastano family boss; Pietro (Fortunato Cerlino), one of Naples’ biggest and most feared bosses; and his green son, Genny (Salvatore Esposito). When Pietro is captured and sent to jail, Ciro takes the unfortunate incarceration as an attempt to take over the operations. But Circo’s power grab is quickly squashed by Pietro’s wife Imma (Maria Pai Calzone). With Genny in Honduras learning the ropes, it’s only a matter of time before he gets a shot at following in his pa’s felonious footsteps. With all the upheaval causing trouble within the Savastano family, a rival clan led by Salvatore Conte (Marco Palvetti) begins plotting to destroy the Savastanos once and for all. Let the murdering and backstabbing begin! In season one, episode two, Marco D’Amore every-so-briefly bares his cock and balls when his nude slumber is unexpectedly interrupted by some no-nonsense gunmen. Live fast and leave a good-looking (and nude) corpse!