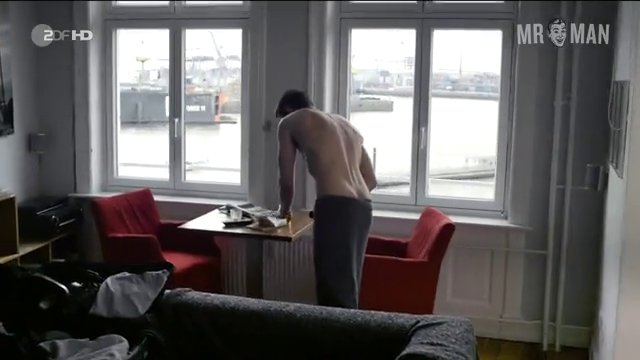 The Duo (2011)
Nude, penis, balls, shirtless Ep. 01x23 Phillip shows that he's packing heat when his towel drops as some woman pulls a gun on him! Is that thing loaded?
advertisement

The German television show The Duo follows detectives Marion Ahrens (Charlotte Schwab) and Lisa Martinek (Clara Hertz) as they deal with the death of labor rights prosecutor. The gals attempt to solve the murder, and they cast a suspicious eye on a couple of characters: Lars Rückert (Jörg Schüttauf) and Manfred Anderson. But when another person, Andrea Zander (Franziska Schlattner), the wife of a wealthy architect is murder, everyone, including the radio journalist Kirsten Steiner (Sandra Borgmann), thinks Lars is guilty. The gals are still unsure who their man is, so they must use their investigation skills to figure out who the killer is, and he is guilty of both murders. Phillip Baltus heated up season one, episode twenty-three by flashing full frontal when he gets his towel removed at gunpoint. We’d like to shoot that gun!