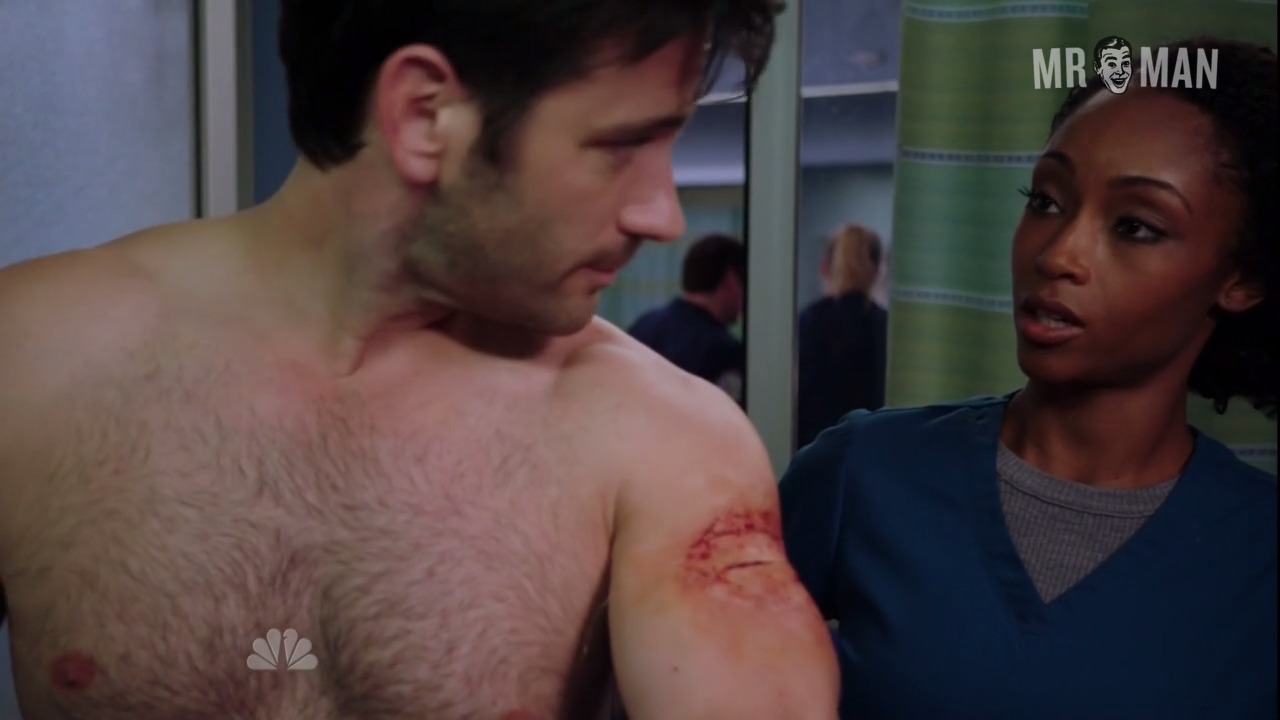 NBC mixes in a little bit of television formula with some more television formula to give us Chicago Med! The show is the third in their Chicago-based dramas, following in the footsteps of Chicago Fire and Chicago P.D. to give us more Windy City drama. Med is a take on the classic prime time emergency drama, and brings us the day-to-day dealings of the city’s busiest hospital. Relationships will be tested, friendships will be forged, and patients will be saved! We’ll keep tuning in as long as NBC keeps bringing man meat like the delicious Colin Donnell. In season one, episode one, watch as the gorgeous hairy hunk stitches up his arm in the hospital while shirtless. This show of manliness is almost too much to take! Hey NBC, it’s time to break the rules of network television and show us Donnell’s dong!

Sexy - as Will Halstead