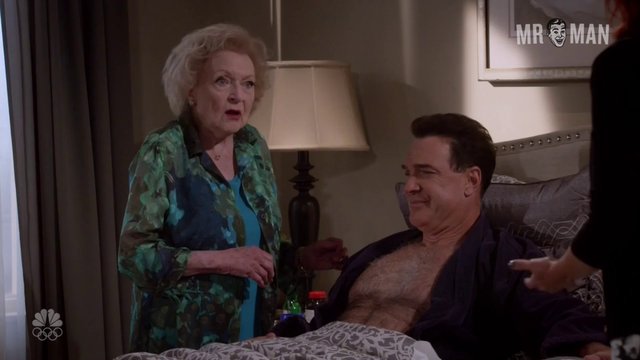 The NBC sitcom Crowded takes an old school approach to bringing the prime time laughs. Filmed in front of a live audience, the comedy tells the story of empty nesters Mike (Patrick Warburton) and Martina (Carrie Preston), who are unexpectedly joined by more family members than they had previously imagined. Things get… Crowded… when daughters Shea (Miranda Cosgrove) and Stella (Mia Serafino) each have reason to move back home. What’s more, Mike’s dad and stepmom end up putting their plans to move to Florida on hiatus, making Mike and Martina’s life even more… Crowded! Your pants will get crowded when you see the sexy man meat here! In season 1, episode 9 watch as Patrick shows off his beef-tastic bod!

Sexy - as The Cowboy