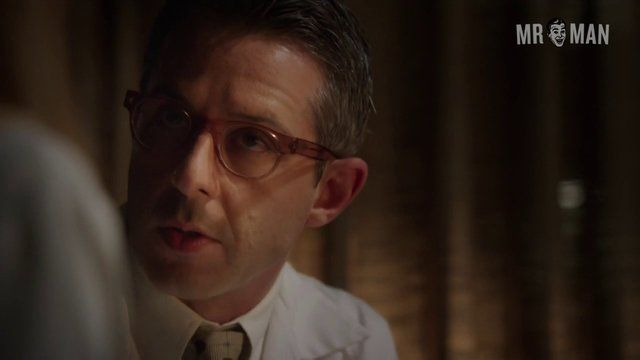 The delicious Danny Jacobs is an American actor and filmmaker best known for his work in Growing Up and Other Lies (2014), Bachelor Party 2: The Last Temptation (2008), and Humboldt County (2008). Danny was born in St. Louis, Missouri on March 10, 1979. Danny made his acting debut on the TV series The West Wing in 2002. He made his directorial debut in 2008 with the feature film Humboldt County, which he also wrote. Danny shows some skin in the raunchy comedy Bachelor Party 2: The Last Temptation, but his sexiest role comes in the Showtime series Masters of Sex. Set in the 1950s, the series is based on true events and follows Dr. Bill Masters and his assistant Virginia Johnson as they pioneered their revolutionary study of human sexuality. Danny gets stripped down for his role as Bob Drag in an episode called “Night and Day.” We get a great look at that delectable donk as Danny bangs a lovely lady as one of the participants in the study, while a doctor watches him through a two-way mirror. Sometimes science can be sexy!