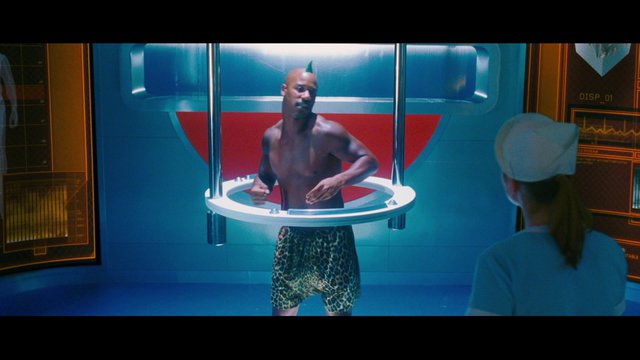 DOA: Dead or Alive (2006) takes place at the DOA which is an invite-only martial arts tournament that invites the world's best fighters together. However, four of the female fighters decide to put their rivalry aside to uncover some secrets that the tournament's organizers might be hiding. Sexy Silvio Simac is one very buff fighter who sports his muscles when he lifts weights shirtless. We'll take some of that, please! Brian White plays the comic relief cutie who dances in his leopard print boxers at one point. In another scene, a girl slips off his clothes in the hot tub - but leaves him with nothing to wear! Whoops! What a sexy surprise.