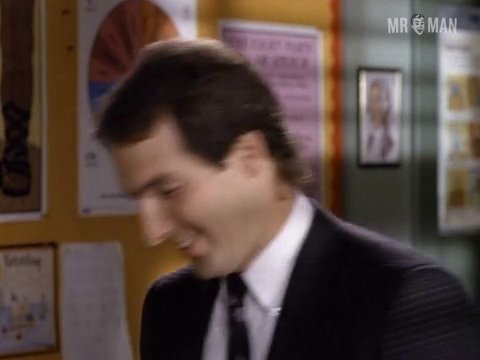 Divorced book editor Martin Tupper (Brian Benben) attempts to navigate the single life in New York City, where women are as fast as the pace. Flashes of clips from old television shows and movies illustrate Tupper’s thought processes, Herman’s Head style, while legions of lusty lovelies doff their duds to make another kind of television history—Dream On (1990) is widely regarded as one of the first American sitcoms to make free and heavy use of onscreen skin. To balance out the plethora of female flesh, Brian is a constant giver, often flashing his dreamy derriere in many sexy and comedic scenes. Dream away!