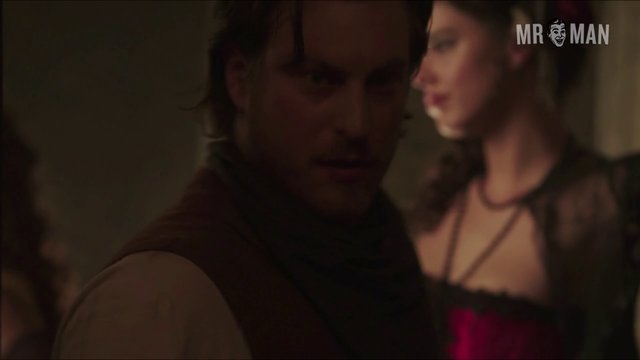 Edge (2015- ) is the latest from Amazon Prime's roster of original shows in 2015. This Western, based on the titular book series by George G. Gilman, features the ludicrously chiseled Max Martini as a Civil War veteran hell-bent on revenge in the Midwest. Josiah "Edge" Hedges is wreaking havoc in Hate, Kansas while he tries to take down the shady guys who killed his brother, leaving a wake of blood behind him and his eight pack. Writer/director Shane Black helms this drama, so we can only hope for good things! He's already gifted us with an eyeful of Max's stunning, sculpted ass as he gets out of a bathtub—and it'll put you on the edge of something, that's for sure.