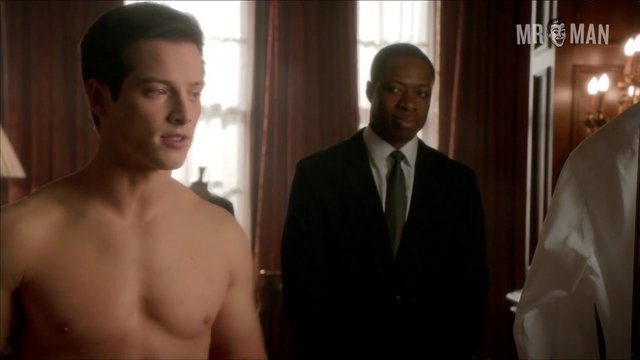 Following one case throughout its entire investigation, the murder mystery TV series Guilt focuses on an American student who is studying in London. When their roommate is murdered they become the prime suspect.

Kevin Ryan and his fine, shirtless upper body will have you roughing up the suspect in your pants. An injured Kevin sits with his shirt off and lets a woman tend to his wounds. As they talk we get to see his muscular upper body. Sam Cassidy gets in on the shirtless fun when he is standing in his closet trying to decide which shirt he should wear. Never mind his problems, this scene is all about those abs.