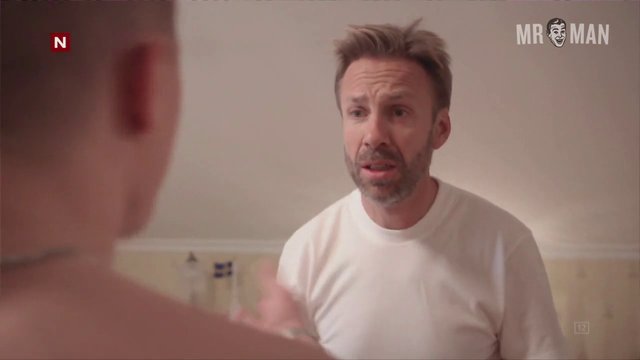 Helt perfekt (2011-2016)
Nude, butt, penis, balls, shirtless Ep. 06x09 Trond Halbo gives his a guy a face full of buns while bending over. He then continues to show off that plump ass while also flashing frontal!
advertisement

With Helt perfekt, it seems as if Norway is trying to dethrone Germany as the most dudity-loving country!  The show comes from the hilarious mind of Thomas Giertsen, who plays a variation of himself in the mockumentary-styled series. Take cues from shows like The Office, a handheld camera aesthetic follows the life of the seemingly successful Thomas. As a man who you think would have it all, however, he’s still finding his way in life, running into raunchy situational comedic moments along the way. There nothing funny (okay, it’s a little funny) about hottie Trond Halbo as he shows ass and grundle while sticking his backside in Giertsen’s face! He later turns around to show all the dong. Perfekt!